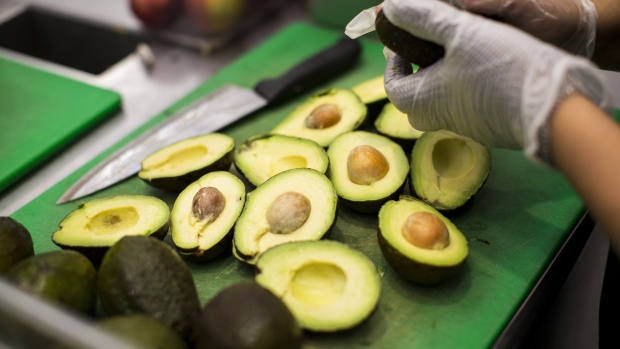 A startup backed by Bill Gates is tackling the problem of avocados that ripen too fast.

Apeel Sciences uses food waste and other plant material to create a product that delays the aging of produce, potentially giving U.S. retailers an opportunity to cut down on the amount of fresh food they throw out. And for the first time, fruit treated by Apeel — avocados that stay ripe for twice as long — will debut in about 100 grocery stores in the Midwest, including more than 30 Costco locations.

“There’s a visceral reaction to throwing away an avocado,” said James Rogers, the 33-year-old chief executive officer of Santa Barbara, California-based Apeel. “The ability to bring extra soft time to the fruit is very powerful.”

Rogers started Apeel in 2012, with early financial backing from the Bill & Melinda Gates Foundation. Venture capital firm Andreessen Horowitz is also an investor, after leading a US$33-million funding round in 2016.

Apeel made a “deliberate decision” to start with avocados, a high-profile fruit favoured by millennials. The company sees its product, which uses discarded plant material to mimic the natural peel or skin that protects produce, as a solution for grocers trying to cut down on food waste. An estimated US$200 billion worth of food is thrown away each year in the U.S., and that includes US$18 billion in lost revenue for retailers.

The product, which is certified for use on organic produce, is a lightweight powder that suppliers mix with water to wash fruits and vegetables.

For the test with Costco (COST.O), Apeel worked with Del Rey Avocado, a California-based grower that packs about 1.5 million boxes of the guacamole ingredient each year. Bob Lucy, who runs the business, said the new product works to extend shelf life because it helps the fruit retain water. Slowing down the natural respiration of an avocado will benefit consumers, giving more time to use their fruit at home before it goes bad, he said.

“Water is the biggest culprit in losing quality,” he said.