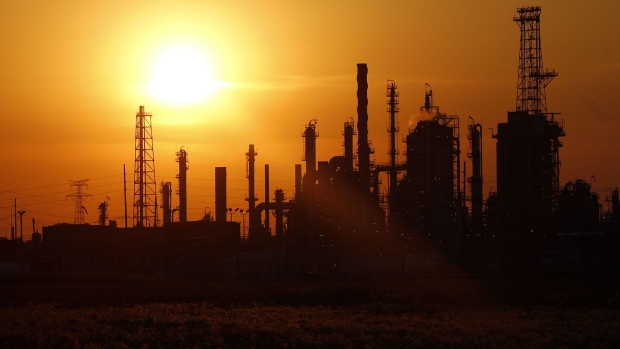 U.S. oil giants Exxon Mobil Corp. (XOM.N) and Chevron Corp. (CVX.N) got a little help from their neighbour to the north last quarter.

A corporate tax rate cut in the oil-rich province of Alberta, where both companies have operations, boosted Exxon’s second-quarter profit by almost US$500 million, according to a statement Friday. Chevron noted a US$180 million non-cash tax benefit from the measure in its report.

While a Canadian tax cut benefiting U.S. companies may seem like a misfire in an era of rising trade tensions, the measure is working as intended. Alberta Premier Jason Kenney has made the tax cut a centerpiece of his effort to bring jobs and global investment back to the province, which was hit hard by the 2014 crash in global oil prices and pipeline delays.

The province has seen international companies including Royal Dutch Shell Plc, ConocoPhillips and Total SA sell their local operations, stoking concerns about the region’s competitiveness. The tax supported by Kenney, who took power in April, trimmed the corporate rate to 11 per cent from 12 per cent starting last month. It’s already the lowest in Canada, and will continue to decline in the coming years, reaching 8 per cent in 2022. At that point, it will be lower than in 44 U.S. states, according to Kenney’s office.

“These tax cuts are a vital part of our plan to reignite the economy, support job creators and get Albertans working again,” Kenney said in a statement after the cuts were signed into law in June. “We are hearing from companies around the world that are looking at Alberta as a prime location for investment, relocation and expansion.”