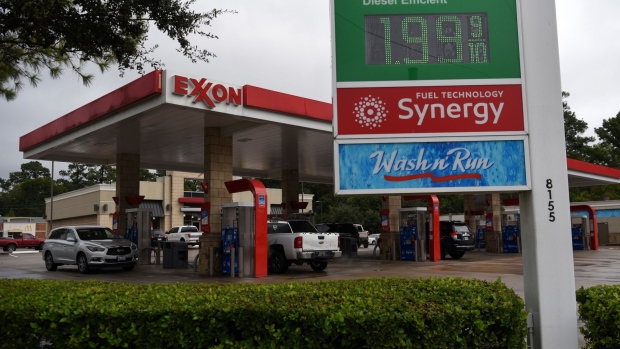 Exxon Mobil Corp. disclosed emissions data on customers’ use of its fuels and other products for the first time after coming under pressure from investors.

The oil giant’s so-called Scope 3 emissions from petroleum-product sales were equivalent to 730 million metric tons of carbon dioxide in 2019, according to the company’s Energy and Carbon Summary released Tuesday. That’s about the same as the entire country of Canada. Scope 3 emissions from Exxon’s production business, a subset of all activities, were equivalent to 570 million tons.

Most Western supermajors already publish the information and Exxon is doing so because “stakeholders have expressed growing interest” in it, the company said in the report. However, the data “do not provide meaningful insight into the company’s emission-reduction performance and could be misleading in some respects.”

Exxon prefers to focus on Scope 1 and 2 emissions, which are within its direct control, rather than the use of its products, which depends on demand from customers. However, rivals such as Royal Dutch Shell Plc and BP Plc are targeting emissions cuts that cover Scope 3 figures.

Exxon has come under pressure from activist investors in recent weeks for its poor shareholder returns and environmental record. The company said last month that it would set new, more ambitious targets to reduce emissions per barrel of crude. But it did not make any pledges related to reducing its absolute level of pollution.

The company’s Scope 1 and 2 emissions fell 3.2% in 2019 to 120 million tons of carbon dioxide equivalent, the lowest since at least 2010, according to the report. Exxon, like other publicly traded oil producers, only releases backward-looking emissions figures.

Despite energy-transition scenarios that show fossil fuel usage decreasing over time, Exxon’s oil and gas reserves “face little risk from declining demand,” the company said in the report. This is because the “substantial majority” of its proved resources will be produced over the next 20 years, when they are supported by “ample demand,” it said.