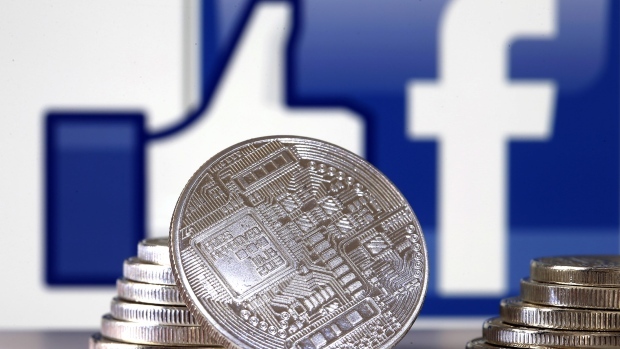 The European Commission is "currently investigating potential anti-competitive behavior" related to the Libra Association amid concerns the proposed payment system would unfairly shut out rivals, the EU authority said in a questionnaire sent out earlier this month.

Officials said they’re concerned about how Libra may create "possible competition restrictions" on the information that will be exchanged and the use of consumer data, according to the document, which is a standard part of an early-stage EU inquiry to gather information.

The investigation into founder Mark Zuckerberg’s ambitions to take on traditional cash adds to another preliminary EU investigation into how Facebook may unfairly use its power to squeeze rival apps. The Brussels-based commission, Europe’s most feared regulator, has already targeted Google and Apple Inc.

Facebook and the commission both declined to comment on the investigation. The Menlo Park, California-based company has previously promised to appease all regulators before launching the cryptocurrency, a process that could take some time.

Led by a social network with more users than the combined population of China and the U.S., Libra represents a potential challenge that the guardians of money have never faced: a global currency they neither control nor manage.

The EU questionnaire said regulators are also examining the possible integration of Libra-backed applications into Facebook services such as WhatsApp and Messenger. It said their investigation focuses on the governance structure and membership of the Libra Association.

Facebook has previously promised to appease all regulators before launching the cryptocurrency, a process that could take some time.

Aside from the antitrust division, other EU regulators are "monitoring market developments in the area of crypto assets and payment services, including Libra and its development," a spokesman for the commission’s financial services department said.

Data-protection supervisors are also worried about how Libra will share information. They said earlier this month that Facebook had the potential to combine "vast reserves of personal information with financial information and cryptocurrency, amplifying privacy concerns about the network’s design and data-sharing arrangements."