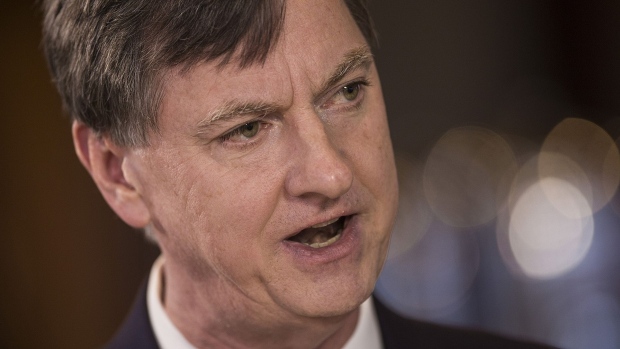 Federal Reserve Bank of Chicago President Charles Evans said the U.S. central bank shouldn’t be shy about letting inflation run, as it has promised, above its 2 per cent target in order to make up for years of undershooting that goal.

“If we try to fine-tune a very modest inflation overshoot of only a 10th or two, we run a very large risk of failing to achieve our 2 per cent averaging goal within any reasonable amount of time,” Evans said Monday during a virtual presentation to the annual meeting of the American Economics Association.

“For me, getting inflation moving up with momentum and delivering rates around 2.5 per cent is important for achieving on our inflation objective in as timely a manner as possible,” he said.

Evans is a voter this year on the Fed’s interest-rate-setting panel, the Federal Open Market Committee.

Despite a rapid rise in COVID-19 cases across the U.S., the outlook for the U.S. economy in 2021 is brightening, thanks to the roll-out of vaccines against the virus and to a new fiscal aid package approved by Congress just after Christmas.

Evans said unemployment this year could fall below the 5.5 per cent rate he recently projected for the end of 2021.

“It’ll depend on successfully navigating the increase in COVID cases now and assuming a very ambitious and successful roll-out of the vaccines,” he told reporters in a conference call following his speech.

Fed officials reacted cautiously when they met in December, before lawmakers struck their year-end deal to provide about $900 billion in new aid to households and businesses. The FOMC said it would continue with large-scale asset purchases, aimed at suppressing borrowing costs, until it saw “substantial further progress” in employment and inflation. It also continued to signal that rates would stay near zero at least through 2023, according to the median estimate of policy makers’ updated quarterly forecasts.

Evans made clear that if prices shoot higher in 2021, he would consider that a temporary phenomenon driven by pandemic dynamics, and that he’s looking for a more sustainable jump in inflation.

“I’m not worried about inflation going up substantially beyond 2.5 per cent. I don’t even fear 3 per cent,” he said. “The more we get inflation up above 2 per cent then markets are going to understand that, yes, we’re in it to win it.”

After years of undershooting their 2 per cent inflation goal, the Fed embraced a new monetary policy framework in August. It pledges to pursue inflation that averages 2 per cent over time, allowing for price pressures to overshoot after periods of weakness. In the past, officials had aimed for 2 per cent, regardless of prior misses.

Evans stressed that policy makers can adjust more easily if they end up keeping interest rates too low for too long than if they raise rates too soon.

“If we saw inflation headed for 3 per cent, we’d definitely be talking about how we’d adjust our policy response, but also making sure we’re focused on achieving maximum employment and getting inflation in the right place,” he told the reporters.

He said it could take years for inflation to reach an average of 2 per cent, though he wouldn’t specify what time period the Fed would apply in calculating that average.

“We are not going to follow a strict numerical formula for moving policy,” he said. “It likely will take years to get average inflation up to 2 per cent, which means monetary policy will be accommodative for a long time. This translates into low-for-long policy rates, and indicates that the Fed likely will be continuing our current asset purchase program for a while as well.”