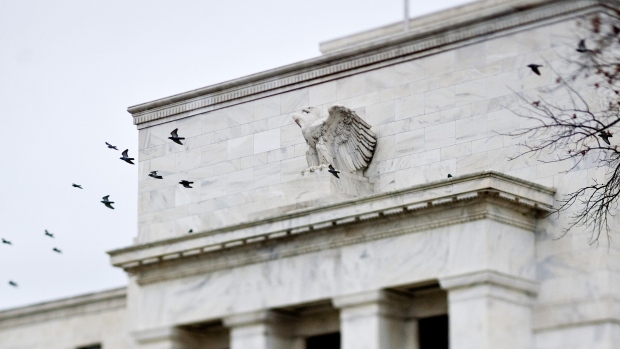 Renewed discussion about the potential for the Federal Reserve to employ negative interest rates to combat an economic downturn is already prompting objections from some market veterans.

In a letter published Feb. 4 by the Federal Reserve Bank of San Francisco, researcher Vasco Curdia argued that had policy makers cut rates below zero following the financial crisis, they could have “mitigated the depth of the recession and sped up the recovery.” Yet Peter Boockvar at Bleakley Financial Group is among those pushing back, warning that the adoption of a negative interest-rate policy by the central bank would have dire consequences for markets.

“NIRP in the U.S. would blow up the money-market industry, the source of US$3 trillion of funding for a variety of short-term debt,” wrote Boockvar, the firm’s chief investment officer, in a Feb. 5 note to clients. “How exactly would a tax on capital lead to faster growth?”

In the wake of the global crisis of a decade ago, the Fed opted not to take its main target rate negative and instead stuck to various quantitative easing measures once its main rate approached zero. More recently it has been engaged in a process of lifting rates and reducing the size of its QE-inflated balance sheet. That process may now be grinding to a halt sooner than many had expected.

Other monetary authorities also used quantitative easing, while some went even further on rates than the Fed did. The European Central Bank, the Bank of Japan and the Swiss National Bank, have already been conducting monetary policy with interest rates below zero since at least 2014.

“Is it any wonder that German yields are negative out to 8 years and the 10-year yield is less than 20 basis points, even with the ECB done increasing the size of its balance sheet,” Boockvar wrote. “Bottom line, QE and NIRP don’t work.”

Should the Fed be in a position to adopt a negative-rate policy, that would push yields on short-term funding products, from Treasury bills and repurchase agreements to commercial paper, close to or below zero. Because these are the types of assets that U.S. money-market funds buy, NIRP would deter investors from parking cash there, according to Boockvar.

“All the paper money funds are buying now would shift to negative yields,” Boockvar said in a phone interview. “No one would give money to funds because they’re not going to invest in negative-yielding assets, so who is going to replace US$3 trillion of funding?”

Even if the money-fund industry found a way to maintain its viability as an investment vehicle, its profitability could still suffer as firms waive fees to keep investors, just like they did during the years when the Fed’s main rate was tethered near zero, according to Mark Cabana, head of U.S. interest rate strategy at Bank of America.

“Money-fund managers are not a happy bunch,” he said. “They’re going to be an even less happy bunch if rates go negative.”