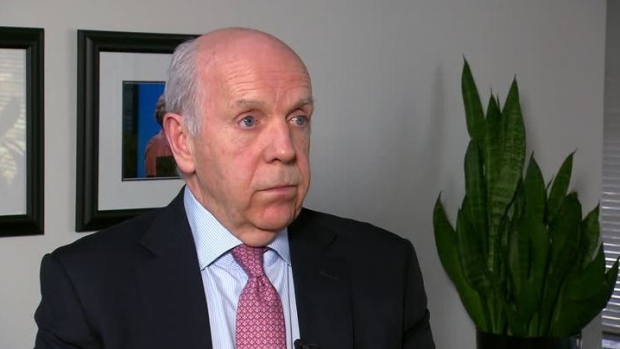 The head of one of Canada’s largest pension plans is warning Canadians to temper their expectations surrounding the multi-billion-dollar infrastructure projects promised by Canada’s federal government.

Ottawa is preparing to launch a $35-billion Canada Infrastructure Bank to attract private capital to Canadian infrastructure projects. But those investments in roads, bridges and other potential projects still face big hurdles and could take years before they are completed,  Ron Mock, President and CEO of Ontario Teachers’ Pension Plan told BNN in an interview. “I think we have to moderate our enthusiasm just how quickly those projects are going to unfold – it takes time,” he said.

Investing in infrastructure is the right move for Canada and will help improve Canadian productivity and competitiveness, he said.  Whether global investors will find Canadian infrastructure projects attractive is still an open question, he said.

"There are a lot of details to be worked out yet at this juncture,” he said. ”These kinds of projects don’t happen over the span of a year or a year and a half. These are multi-year projects requiring all sorts of coordination between different levels of government: federal, provincial and municipal; requires lots of community involvement and access… it takes time.”

The same caveats for Canada’s infrastructure spending apply to the trillion-dollar infrastructure plan touted by U.S. President Donald Trump, said Mock.  “It’s an important project to overtake, but we will have to see how successful they are in executing it,” he said.

There is one potential Canadian infrastructure investment that global investors – including the OTPP – would find attractive: Privatizing Canada’s airports.  “We certainly would be interested in looking at the privatization of airports in Canada – particularly the larger ones,” said Mock.

There had been speculation that Ottawa was flirting with the idea, but there was no mention of it in the federal budget released earlier this month. Canada’s airports are currently operated by not-for-profit airport authorities. OTPP already invested in privatized airports in the U.K., Brussels, Copenhagen and Australia.

An opportunity to invest in Canada’s airports would almost certainly attract global attention, said Mock. “Will there be interest? There is no doubt about it. Will it be a global interest? Absolutely it will,” he said.