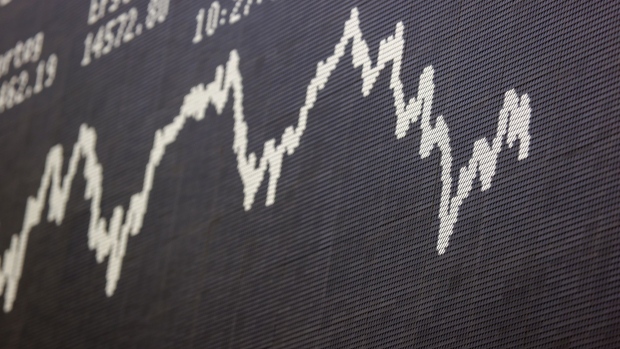 The DAX Index yield curve at the Frankfurt Stock Exchange, operated by Deutsche Boerse AG, in Frankfurt, Germany, on Monday, May 30, 2020. European stocks have been under pressure this year amid a flurry of concerns spanning hawkish central banks, slowing growth, soaring prices and the war in Ukraine. Photograph: Alex Kraus/Bloomberg Photographer: Alex Kraus/Bloomberg , Bloomberg

(Bloomberg) -- A consortium of financial trade associations rallied against proposed European Union regulations that would restrict the use of financial benchmarks, warning they could disrupt markets and even pose a systemic risk.

The group, spearheaded by the International Swaps and Derivatives Association, are pushing against a blanket ban against foreign benchmarks that don’t qualify with the EU’s requirements. Instead, they argue benchmarks should be banned on a case-by-case basis.

The proposals are a “source of uncertainty, disruption, competitive disadvantage and potential systemic risk,” they said in a statement late Thursday. Given the difficulty in gaining EU approval, the associations fear that a large number of benchmarks could end up banned, leaving businesses “unable to properly manage risk and make informed investment decision,” they added.

Investors use benchmarks for stocks, currencies, bonds and other securities to price contracts such as futures and forwards. Ending access to these products could have knock-on effects for investors that use them for a myriad of reasons, from hedging positions, to converting overseas revenue and repatriating funds.

The consortium also want to exempt so-called public policy benchmarks, such as currency rates used for settlement of non-deliverable forwards. Nine spot FX benchmarks -- including those from India, Russia and China -- would likely become prohibited unless otherwise excluded, they said.

The EU’s rules are a response to the Libor scandal that first rocked markets over a decade ago and allegations that currency and commodity benchmarks were being manipulated. They are designed to remove conflicts of interest and boost transparency. The US Securities and Exchange Commission is also examining whether index and financial data providers should face tough investor-protection rules.

“The European Commission has invited stakeholders to submit views on a possible enhancement of the rules concerning benchmarks administered outside of the European Economic Area,” an EU official said. “We will carefully analyze all contributions in order to assess the best course of action.”

The industry groups also said that creation of a mandatory EU ESG benchmark label could stifle development of the market. They argue it should be left to the discretion of market participants to decide whether to opt-in to a voluntary ESG tag. Non-EU benchmarks should be eligible for any ESG accreditation, they added.

The proposed restrictions “would potentially limit capital flows toward ESG investments and thereby be counterproductive in the EU’s effort to reach its sustainable finance goals,” they said.