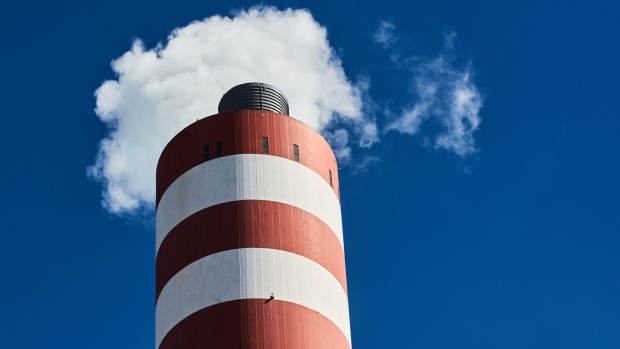 The platform, known as CYNK, will use the Hedera Hashgraph ledger, and trade tokens generated by Tamuwa, Kenya’s largest biomass company. It is also in talks to trade emissions reductions credits from a company that plans to practice regenerative agriculture on 50,000 hectares (123,550 acres) of land in the East African country and a blue carbon project.

Regenerative agriculture refers to farming practices that help store carbon while blue carbon is stored by ocean and coastal systems that would otherwise be released into the atmosphere.

“CYNK is now partnering with several new emissions reductions and sequestration projects,” the company said in a statement.

Emissions reductions credits are a way for companies and projects that reduce greenhouse gas emissions that would have otherwise occurred through their business or environmental practices to generate more income. The credits, which are often bought by polluters to offset their own activities, have attracted criticism as they allow those firms to keep generating climate-warming gases.

Tamuwa, which founded CYNK, produces biomass briquettes from waste known as bagasse that comes from sugar milling operations in Kenya. Bagasse emits methane if left to rot. Its emissions credits will initially be tradable on CYNK but it also plans to have them attain Gold Standard certification next year. Gold Standard is a program for verification of non-governmental emission reductions projects.

CYNK was set up with money from the HBAR Foundation’s Sustainable Impact Fund of more than $100 million, which was announced in March. The foundation was set up by the Hedera Governing Council, which includes representatives from Boeing Co., Standard Bank Group and other companies.