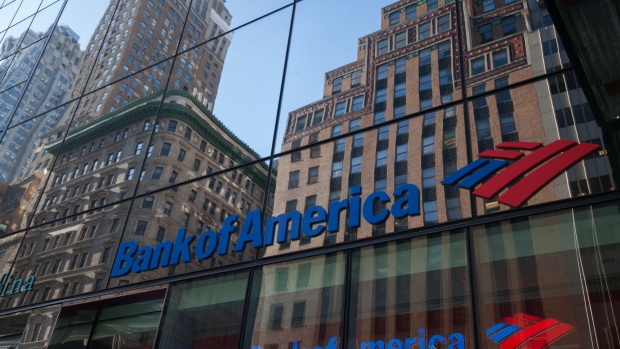 Building are seen reflected on the exterior of a Bank of America Corp. branch in New York, U.S., on Monday, Jan. 15, 2018. , Bloomberg

Falling interest rates were a major third-quarter headwind for U.S. banks, cutting into the revenue they earn on loans and pushing chief executives to dig even deeper for cost savings to keep profit targets on track.

But don’t look to the companies’ trading operations to rescue earnings when the biggest firms begin reporting results Tuesday. Citigroup Inc. and Bank of America Corp. are among firms that have been lowering expectations on that front. Ditto for investment-banking fees, which are suffering from a drop in mergers.

All those clouds have contributed to sliding revenue estimates. The six biggest U.S. banks are expected to post a slight drop in total revenue this quarter, just the second decline in the last three years. At the start of 2019, analysts expected those banks to add $15 billion to their 2018 haul of annual revenue. Now the jump is seen at only $2 billion.

Interest rates are “still going to be a level of uncertainty,” Betsy Graseck, an analyst at Morgan Stanley, said on Bloomberg Television Monday. “That’s going to be a question for everybody on the call: ‘What’s 2020 going to look like?’”

There are bright spots. For one, the U.S. consumer is standing tall, with the economy and credit quality both showing strength. Plus, shareholders will be splitting profits among a smaller group. Large banks’ share counts probably fell 2% from June, the biggest single-quarter drop in more than a decade, according to Jason Goldberg, an analyst at Barclays Plc. That comes as banks start to unleash the record $173 billion in buybacks and dividends that the Federal Reserve approved in June.

Here’s a closer look at what to watch when JPMorgan Chase & Co. kicks off earnings on Tuesday, followed later in the day by Goldman Sachs Group Inc., Wells Fargo & Co. and Citigroup:

Bank executives have a lot riding on their ability to trim so-called efficiency ratios, which measure how much it costs to produce a dollar of revenue. Citigroup is trying to cut its ratio by almost 2 percentage points this year after disappointing investors on that front in 2018. Bank of America has touted 18 straight quarters of progress on the gauge, while Wells Fargo is seeking to reach its previous CEO’s target before its new boss sets his own agenda.

Efficiency ratios are likely to be unchanged from last year’s third quarter, according to Susan Katzke, an analyst at Credit Suisse Group AG.

Wells Fargo analyst Mike Mayo said cutting expenses linked to employees will be key, as is “using technology like it’s never been used before.” 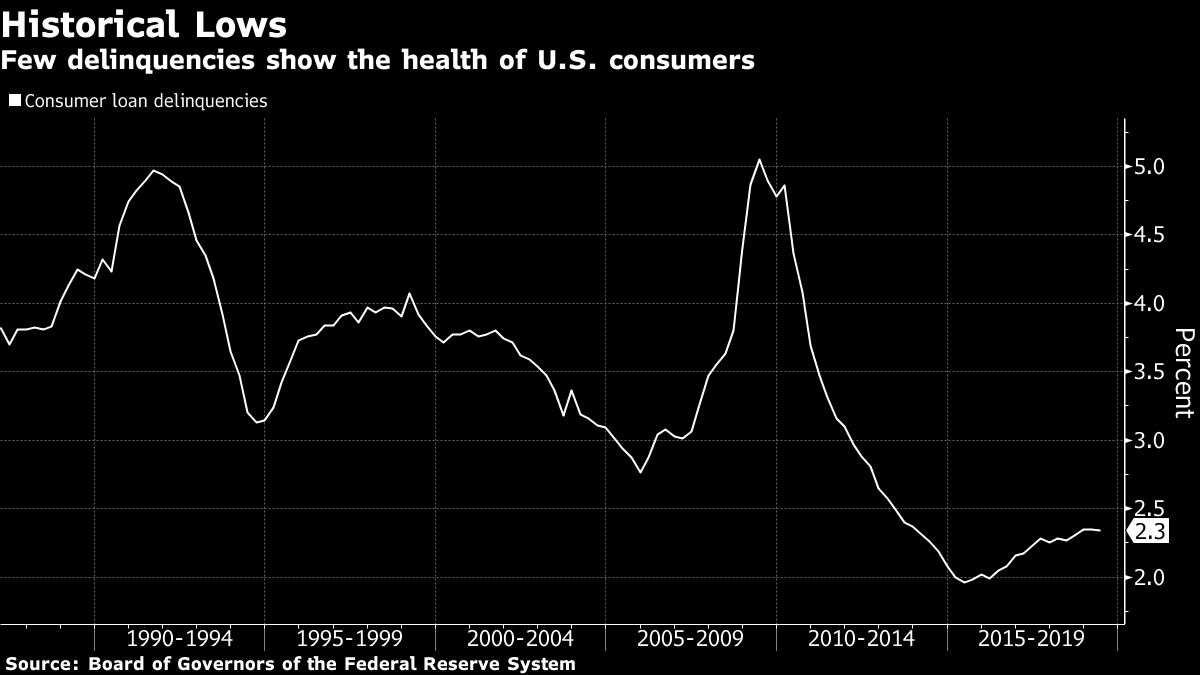 Increased volatility in August benefited some trading books this quarter, with JPMorgan expecting a year-over-year 10% bump to revenue for the business. But that’s partly the result of a weak third quarter in 2018. The figure will show a decline from the previous three months, Chief Executive Officer Jamie Dimon said at an investor conference in September.

The pessimistic outlooks contributed to bank shares’ under-performance. The KBW Bank Index has climbed about 15 per cent this year, compared with 19% for the broader S&P 500.

JPMorgan, Citigroup and Wells Fargo have all warned investors that net interest income -- the money banks make from customers’ loan payments minus what they pay depositors -- would fall in the third quarter as interest rates decline.

After inverting and sparking investor anxiety earlier in the quarter, the yield curve is now slightly positive, offering some relief, said Brian Kleinhanzl, an analyst at Keefe Bruyette & Woods. KBW estimates NII will fall 2.1 per cent instead of a previously projected four per cent drop.

Looking past the third quarter, investors on this week’s conference calls will be listening for clues on how big a hit revenue will take in 2020 from the Fed’s easing cycle, Katzke at Credit Suisse said.

Citigroup is at an advantage on this front, because it’s less exposed to the U.S. than other big banks, according Graseck at Morgan Stanley. “We’re going into the quarter most positive on Citigroup,” she said.

One area where lower interest rates are helping banks is the housing market. The Mortgage Bankers Association estimated a 21% increase in originations for the third quarter and a 58% jump in refinancings.

U.S. consumers can still be counted on to help boost bank results, with spending holding up amid a healthy job market. And credit quality is strong as well, despite signs of a looming downturn.

Some banks may signal caution about the near future. Katzke expects JPMorgan to boost its loan-loss provision 40 per cent from the second quarter even as charge-offs fall as the bank builds its reserve for future problems.

“As it stands right now today, the consumer is doing really well on credit quality,” even as borrowing has increased recently, Graseck said. “When does all that lending start to turn into more issues?”

The worst quarter in more than two years for announced mergers and some unwanted drama in the market for initial public offerings added up to a weak period in investment banking. Revenue from that business will be down four per cent on average from last year’s third quarter, Katzke estimated.

September featured We Co.’s postponement of its IPO -- which was supposed to be the second-largest of the year -- and the flops of high-profile offerings from SmileDirectClub Inc. and Peloton Interactive Inc. That may weigh on the market for IPOs in the fourth quarter.

That disappointment will also probably show up in lower valuations for banks’ stakes in the company. Earlier this month, Jefferies Financial Group Inc. said it wrote down the value of its investment in We by US$146 million. Goldman Sachs will take a $264 million hit on its We stake, according to Graseck at Morgan Stanley. Goldman Sachs may also post losses in the quarter totaling about US$260 million from its stakes in four companies, including Uber Technologies Inc. and Avantor Inc., based on filings and company disclosures.