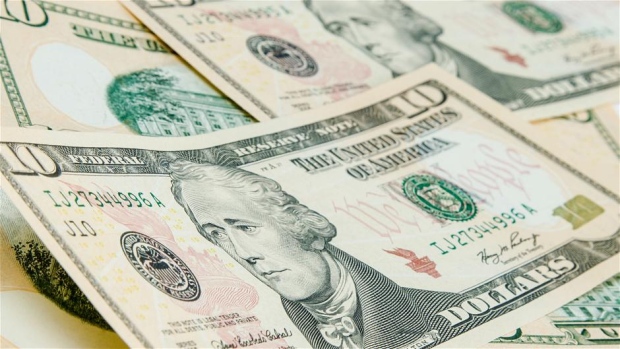 It’s been a long time since anyone felt safe selling equities. Now, with panic-inducing headlines everywhere, investors who had been stockpiling reasons to bail are exiting positions with less fear of looking foolish.

At least, that’s how several money managers explained deepening losses Tuesday that sent the Dow Jones Industrial Average hurtling toward the brink of another 1,000-point tumble and total declines past 8 per cent. Rather than buy dips, investors are selling into strength.

“There’s certainly people who have doubted this rally all the way up and will now use this as an opportunity to exit,” said Brent Schutte, chief investment strategist at Northwestern Mutual Wealth Management Co. “The one consistent call I’ve heard for the past four or five years is that a recession is coming and certainly this emboldens those people who believe that. It may mean we have further downside to go.”

The bull market, approaching its 11-year anniversary, has always irritated a category of skeptics who say that without Federal Reserve largess the U.S. economy would have long ago stopped expanding. Recession anxiety rose last year when short- and long-term Treasury rates inverted, an indicator that has reliably preceded past downturns.

At the same time, acting on any such belief has been enormously costly. Roughly US$4 trillion of share value has been added to U.S. equities since October. Before last week the S&P 500 had fallen on successive days just once in 2020.

Now stocks are down 7 per cent from their Feb. 19 record in the first drop of this magnitude since August, when the S&P 500 lost 6 per cent in six days. Traders have pulled almost US$9.4 billion from State Street’s S&P 500 ETF, ticker SPY, in the past two days, the biggest back-to-back withdrawal since March 2018, according to data compiled by Bloomberg.

In short, people waiting for a signal to sell have gotten one. Amid the pullback, Donald Selkin, chief market strategist at Newbridge Securities Corp., took the opportunity to unload shares of Tesla Inc., which has run up close to 100 per cent this year. He also got rid of shares of airline companies as well as certain health care firms, which looked vulnerable.

“Stocks have made tremendous runs so why not take some money off the table?” Selkin said in a phone interview. “I can see the rationale for selling.”

Cantor Fitzgerald’s Peter Cecchini has long believed that the optimism propping up the bull market was misplaced. A rebound in global economic data has failed to materialize, he says, while U.S. earnings, flat in 2019, aren’t bouncing back. Arguments that this time is different when it comes to the inverted yield curve don’t convince him.

“Market participants have been accepting bullish narratives without much critical thought,” Cecchini, Cantor’s chief global market strategist, wrote in a note this week. “When narratives are so thinly supported by empirics, they may continue to persist, but the skin of the bubble begins to thin and is vulnerable to even the slightest prick.”

Bulls take solace in the Fed’s bulging balance sheet. But while the central bank cut rates three times last year, many fear it won’t have ample ammunition to fight future slowdowns. The Fed has said it will continue its repurchase operations at least through April, but ultimately wants to step back from active involvement once reserves rise enough to ensure liquidity.

“Every market rout in the past five years, you had the Fed step in and help us out -- by either lowering rates or pausing tightening,” Michael O’Rourke, JonesTrading’s chief market strategist, said in a phone interview. “We are going through this supply and demand issue, we are seeing a global virus outbreak. There isn’t much the Fed can do from a policy perspective and not artificially inflate asset prices.”