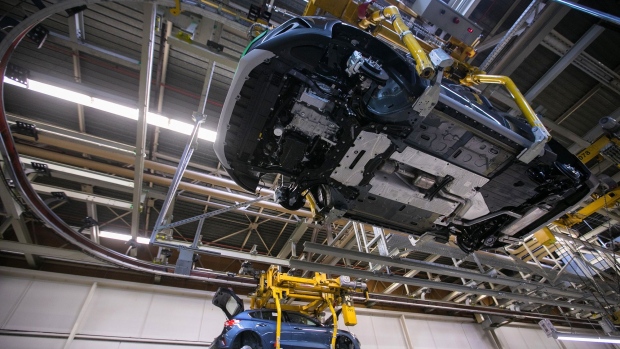 (Bloomberg) -- Ford Motor Co. is halting production of its most popular car model in Europe for a full month because of the shortage of semiconductors disrupting the world’s biggest automakers.

The automaker’s Focus factory in Saarlouis, Germany, will idle from Jan. 18 through Feb. 19, according to a spokesman, who said lower consumer demand also is playing a factor. The plant is Ford’s lone manufacturing facility for the Focus and employs about 5,000 workers.

The facility is the latest to fall victim to a supply issue that’s disrupting carmakers around the globe. Ford already was forced to idle a sport utility vehicle plant in Kentucky this week, joining Volkswagen AG, Daimler AG, Toyota Motor Corp. and others in scaling back output because of the bottleneck of chips that play a function in everything from brakes to windshield wipers.

The semiconductor shortage springs from the lockdowns and travel restrictions that led housebound consumers to snap up more phones, game consoles, smart TVs and laptops. Chipmakers field more orders from those industries than the auto sector even in normal times and have been unable to balance that demand along with surprisingly brisk business for car manufacturers.