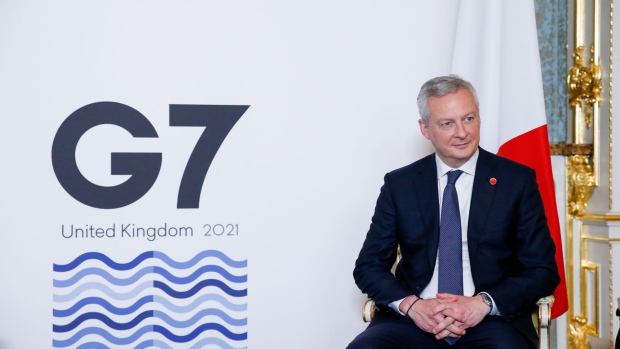 (Bloomberg) -- France is pushing for a global agreement on minimum corporate tax that would include China and cover as many sectors as possible, French Finance Minister Bruno Le Maire said.

After a Group of Seven meeting last week made progress on how to share out rights to tax multinationals, attention is now turning to the details of how to apply a floor of at least 15% for large companies. Rich nations are concerned that China may seek exemptions for certain sectors as the negotiations go into the next phase.

“The text will go to the G-20 in July and will be subject to a global agreement at the OECD including other big nations and continents, first among them China,” Le Maire said at France‘s National Assembly. “The challenges ahead of us remain large.”

Le Maire also repeated that France wants a minimum rate to be as high as possible, potentially above the level agreed at the G-7.

“The field of application for the minimum tax must be as broad as possible and including the largest number of sectors possible,” Le Maire said.

The minister also repeated that all digital firms, including Amazon.com Inc.“ must be included in the rules on sharing out taxing rights.