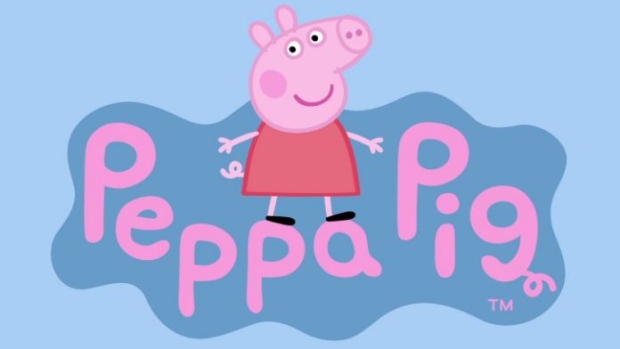 Dubbed a “gangster” by state media just months ago, Peppa Pig has rediscovered love in China.

A promotional clip for a movie featuring the character has gone viral, earning the brand -- previously more popular among, city-based children -- new fans in rural Chinese regions. Shares in the production company behind the show, Entertainment One, rallied the most in about four months in London trading.

It’s a remarkable change in fortunes for television’s most famous hog. In May last year, Peppa Pig morphed into an anti-establishment symbol when its popularity on online platforms saw it associated with “shehuiren” -- slang for gangster, spurring grown-up fans to link the show to rap music, while some even got tattoos of the character. Thousands of Peppa Pig videos were culled from an app in China last year as part of the government’s bid to cleanse the internet, according to reports.

But Entertainment One is “doing a great job” of exploiting the brand in Asia, according to Peel Hunt analyst Malcolm Morgan, who commented by email. Peppa Pig accounted for just over 10 percent of ETO’s 405 million pounds (US$524 million) first-half revenue, the company said in November.

The movie teaser released Thursday, in the lead up to the Chinese New Year holiday, shows a rural man’s attempt to discover what his city-raised granddaughter means when she says “Pei Qi" -- “Peppa Pig” in Chinese. After a failed attempt to paint a farm pig red, he adapts an old ventilation fan to make it look like the character, pleasing the awaiting child.