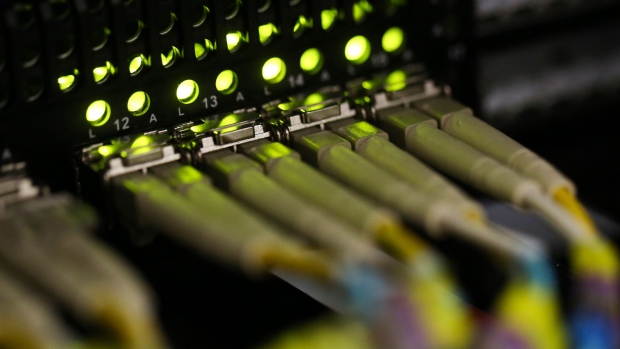 (Bloomberg) -- Frontier Communications Corp. has started the search for new management to take over the company after it completes what could be the biggest telecom restructuring in nearly two decades, according to people with knowledge of the matter.

Advisers for the rural wireline telephone provider have started looking for a possible replacement for Chief Executive Officer Dan McCarthy, who has led Frontier since 2015, the people said. They asked not to be identified discussing a confidential matter.

A representative for the Norwalk, Connecticut-based company said it doesn’t comment on rumors or speculation. McCarthy couldn’t be reached for comment.

Frontier is in talks with advisers about solutions to its $17.5 billion debt load, which has swelled in recent years as people stop using land lines. Creditors have been pushing Frontier for a plan, which could include bankruptcy.

Telecom consulting firm Altman Vilandrie & Co. has been hired by creditors to conduct due diligence on Frontier, including the development of a post-reorganization business plan, the people said. The company could file for bankruptcy in the first quarter of 2020, ahead of more than $300 million of interest due in March, the people said.

Robert Citrone’s hedge fund, Discovery Capital Management LLC, has argued that investors will fare better if it files for Chapter 11 sooner rather than later.

A separate group of creditors including GoldenTree Asset Management LP is organized with Houlihan Lokey Inc. and Milbank LLP, Bloomberg previously reported. Frontier is getting advice from Kirkland & Ellis LLP and Evercore Inc.

Frontier has warned that it may have to file for court protection from its creditors. A restructuring of Frontier’s debt load in bankruptcy would rank among the biggest telecom reorganizations since Worldcom Inc. in 2002, according to data compiled by Bloomberg.

The company filed a revised severance agreement with its second-quarter earnings results for McCarthy, listed as 54 years old in this year’s proxy materials. If terminated without cause, McCarthy would be entitled to severance payments, full vesting of 2017 and 2018 restricted stock, full vesting of 2017 and 2018 long-term incentive awards. His 2019 retention and performance awards will be forgiven and no repayment required.

McCarthy has worked for Frontier for more than 25 years, joining the board in May 2014, according to the proxy statement. He served as president and chief operating officer before taking over as CEO in April 2015.

To contact the editors responsible for this story: Rick Green at rgreen18@bloomberg.net, Shannon D. Harrington