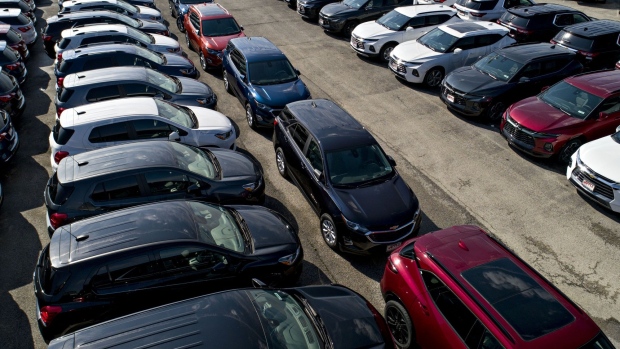 General Motors Co. vehicles are displayed at a car dealership in this aerial image over Tinley Park, Illinois in 2019. , Bloomberg

General Motors Co. sued former United Auto Workers vice-president Joseph Ashton, who pleaded guilty in a wide-ranging probe of misconduct at the union, seeking to recoup money he was paid as a member of the automaker’s board.

The lawsuit against Ashton, filed Tuesday in federal court in Detroit, comes just weeks after GM alleged in a racketeering suit against rival Fiat Chrysler Automobiles NV that Ashton, who was the UAW appointee to GM’s board, and Al Iacobelli, the former head of union relations at Fiat Chrysler, were being paid through offshore accounts to spy on GM.

Iacobelli pleaded guilty in January 2018 and was sentenced to 5 1/2 years in prison for tapping a union training fund to splurge on a Ferrari, Montblanc pens and a mortgage. Ashton, who pleaded guilty to wire fraud and money laundering conspiracies in December, is set to be sentenced in November.

GM’s new lawsuit alleges that Ashton embezzled from the training fund and was secretly paid to pass confidential information -- such as details of GM’s view of a potential merger with its rival and its approach to labor talks -- to Fiat Chrysler and the union shortly after he joined GM’s board in 2014.

“In part due to Ashton’s disloyalty and breaches of confidence, GM was forced to incur billions of dollars in increased labor costs,” GM said in the suit.

Jerry Ballarotto, an attorney who represented Ashton in his criminal case, didn’t immediately respond to an email seeking comment on the suit.