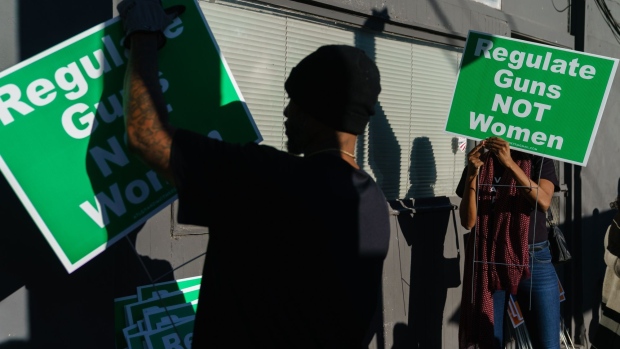 Fulton County Superior Court Judge Robert McBurney ruled Nov. 15 that the law that banned almost all abortions after the sixth week of pregnancy was void because it was unconstitutional when it was adopted in 2019. The state filed its notice of appeal the next day.

The high court’s stay is temporary, pending a decision on the merits. The one-page order makes almost all abortions after the sixth week of pregnancy illegal in Georgia.

The court also denied the abortion providers’ request for 24 hours notice before reinstating the ban, the plaintiffs said in a statement.

“Today, patients in waiting rooms are being turned away and forced to seek health care elsewhere or else carry pregnancies to term against their will,” the plaintiffs said.

“Reinstating this extreme abortion ban will cause immense harm, especially to Black Georgians and people with the fewest resources — who are least likely to be able to travel out of state for care and most likely to suffer severe medical consequences from forced pregnancy and childbirth,” Julia Kaye, staff attorney with the American Civil Liberties Union’s Reproductive Freedom Project said.

Alice Wang, a staff attorney at the Center for Reproductive Rights said the “legal ping pong is causing chaos for medical providers trying to do their jobs and for patients who are now left frantically searching for the abortion services they need.”

McBurney had reasoned that the law was illegal under Roe v. Wade at the time of its enactment, and the US Supreme Court’s overruling of that precedent in Dobbs v. Jackson Women’s Health Organization, didn’t make the provision legal under Georgia law.

All of the Justices concurred, except Justice Nels S.D. Peterson, who was disqualified, and Justice Andrew A. Pinson who didn’t participate.

To contact the reporter on this story: Holly Barker in Washington at hbarker@bloombergindustry.com

(Updates with statements from plaintiffs in paragraphs 4-7, and information on Justices participating in paragraph 9)