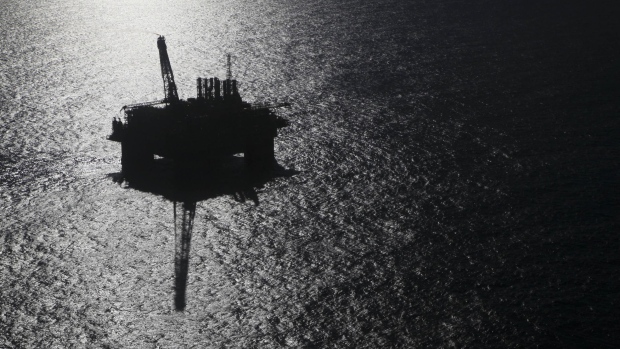 Petroleo Brasileiro SA's P-51 oil platform stands in the Marlim Sul field, at the Campos Basin, about 150 kilometers off the coast of the state of Rio de Janeiro, Brazil, on Friday, July 15, 2011. Brazil’s oil reserves, including recent discoveries in deep waters of the Atlantic Ocean, are of a similar size to those found in the North Sea, said an exploration official at Petroleo Brasileiro SA (Petrobras). , Bloomberg

To contact the reporter on this story: Alexander Kwiatkowski in Singapore at akwiatkowsk2@bloomberg.net

To contact the editors responsible for this story: Stuart Wallace at swallace6@bloomberg.net, Alexander Kwiatkowski, Aaron Clark