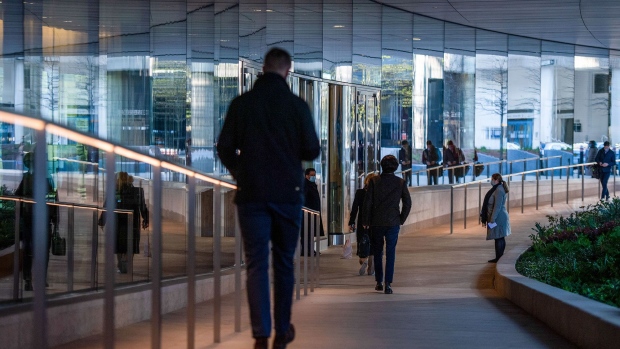 (Bloomberg) -- Goldman Sachs Group Inc. is hiring Mohit Sial from Deutsche Bank AG to work on deals with financial technology companies in the Europe, Middle East and Africa, according to people familiar with the matter.

The banker will join Goldman Sachs as an executive director in London, the people said, asking not to be identified as the matter is private. Sial spent about two years at Deutsche Bank as the lead banker covering financial technology clients in Europe, the people said.

He previously worked at French bank Societe Generale SA, according to his LinkedIn profile. Representatives for Goldman Sachs and Deutsche Bank declined to comment.

Dealmaking in the financial technology sector has accelerated as the global pandemic intensified investor appetite for online payment services. Prosus NV agreed to acquire Indian online payments service BillDesk for $4.7 billion in August in its largest-ever deal. In Germany, digital bank N26 GmbH is seeking to raise capital at a valuation of about $10 billion, Bloomberg News reported in July.