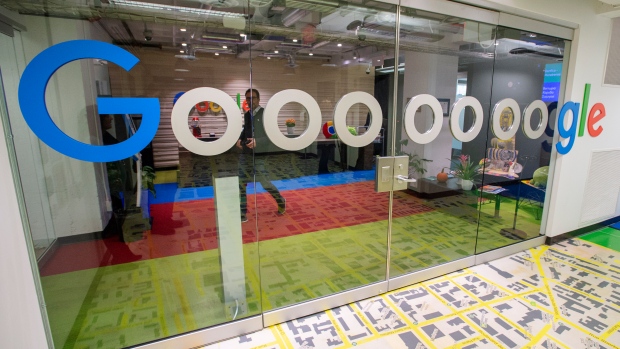 The local Google office is seen in Montreal, Thursday, November 1, 2018. Google has acquired Kitchener-Waterloo-based smart glasses maker North. The company formerly known as Thalmic Labs announced the sale, but did not reveal how much Google paid. The Canadian Press/Ryan Remiorz

Google acquired smart-glasses startup North Inc. to help the internet giant develop what it calls ambient computing. A price wasn’t disclosed, but the Globe and Mail recently reported a US$180 million deal was imminent.

North, based in Kitchener, Ontario, started developing a device in 2012 that responded to gestures and “neuro-muscular impulses,” then switched to Focals glasses that pick up on signals from people’s eyes.

Earlier this year, North was looking to sell itself because the startup was running low on cash. In a blog post announcing the deal with Google, North co-founders said they are winding down the first version of their Focals glasses and won’t be shipping the next model.

Alphabet Inc.’s Google has been pursuing this type of technology for years, with limited commercial success so far. The company rolled out Google Glass internet-connected eyewear in 2013, but the device flopped as a consumer product, although it lives on as an enterprise offering.

The North acquisition shows Google isn’t giving up on this field. In 2016, Chief Executive Officer Sundar Pichai explained the vision in a letter to shareholders.

Instead of online information and activity happening mostly on the rectangular touch screens of smartphones, Google sees artificial intelligence and augmented-reality technology powering increasingly formless computers that surround users and take in information through voice and other frictionless methods.

“We’re building towards a future where helpfulness is all around you, where all your devices just work together and technology fades into the background,” Google Senior Vice President of Devices and Services Rick Osterloh wrote in a blog post Tuesday. “North’s technical expertise will help as we continue to invest in our hardware efforts and ambient computing future.”