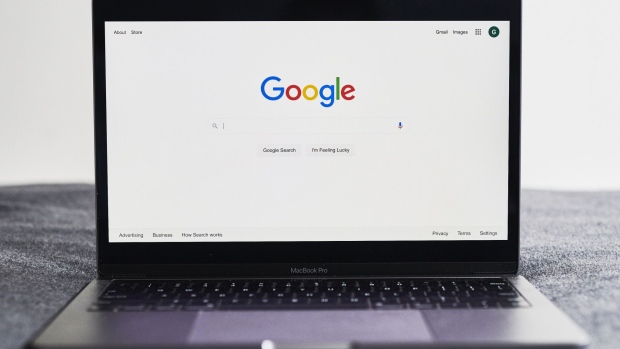 The Alphabet Inc. Google search page is displayed on a laptop computer in an arranged photograph taken in the Brooklyn Borough of New York, U.S., on Friday, July 24, 2020. Alphabet Inc. is scheduled to release earnings figures on July 30. Photographer: Gabby Jones/Bloomberg , Bloomberg

(Bloomberg) -- Google will let advertisers target people on the web based on a broad set of interests, retreating from an earlier plan that was lambasted over privacy and anticompetitive concerns.

Alphabet Inc.’s Google calls the new advertising system Topics. It will replace cookies by the end of next year as a means of tracking users on Google’s Chrome browser, the company said Tuesday.

Topics will categorize people based on areas of interest, such as “talk radio” or “tennis.” The topics are defined based on the last three weeks of browsing activity.

The new tool is designed to preserve privacy by giving a less specific log of websites people visit, while enabling advertisers to reach segmented groups of potential customers, Google said. Chrome users will be able to remove individual topics associated with them or turn off the tracking option entirely, the company said.

Online advertising is set to undergo its biggest transformation since the advent of targeting. Apple Inc. has been implementing tools to prevent users of its products from being tracked, placing pressure on internet companies that rely on targeted ad revenue.

Google had intended to switch last year to a new system it created called FLoC. The move was panned as a way to concentrate power with little benefit to privacy, and Google postponed the move until 2023 before abandoning it entirely this week.