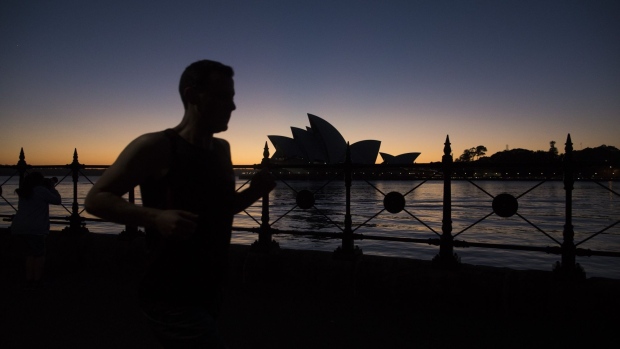 Signage at an entrance to a building on the Google campus in Mountain View, California, U.S., on Wednesday, Dec. 16, 2020. , David Paul Morris/Bloomberg

Google threatened to disable its search engine in Australia if it’s forced to pay local publishers for news, a dramatic escalation of a months-long standoff with the government.

A proposed law, intended to compensate publishers for the value their stories generate for the company, is “unworkable,” Mel Silva, managing director for Australia and New Zealand, told a parliamentary hearing Friday. She specifically opposed the requirement that Google pay media companies for displaying snippets of articles in search results.

The threat is Google’s most potent yet as the digital giant tries to stem a flow of regulatory action worldwide, but such a radical step would hand an entire developed market to rivals. At least 94 per cent of online searches in Australia go through the Alphabet Inc. unit, according to the local competition regulator.

“We don’t respond to threats,” Australia Prime Minister Scott Morrison said Friday. “Australia makes our rules for things you can do in Australia. That’s done in our parliament. It’s done by our government. And that’s how things work here in Australia.”

Facebook Inc., the only other company targeted by the legislation, also opposes the law. The social media platform reiterated at Friday’s hearing it’s considering blocking Australians from sharing news on Facebook if the law is pushed through.

The legislation is designed to support a local media industry, including Rupert Murdoch’s News Corp., that has struggled to adapt to the digital economy. Google’s tougher stance drew rebukes from lawmakers at the hearing, with Senator Andrew Bragg accusing the tech giant of trying to blackmail Australians and policymakers.

“If this version of the code were to become law, it would give us no real choice but to stop making Google Search available in Australia,” Silva told a panel of senators. She described the law as an “untenable financial and operational precedent.”

But the Mountain View, California-based company has adapted to similar requests in other countries without cutting off search. Google stopped showing news results from European publishers on search results for French users last year after local regulators urged it to pay for content, and then on Thursday the firm said it reached a deal to pay media publishers in the country. In 2014, it shuttered Google News in Spain following new copyright legislation.

Google is behaving like a corporate bully, said Johan Lidberg, an associate professor at Melbourne’s Monash University who specializes in media and journalism.

“It’s about control and power,” he said. “They’re signaling to other regulators they’ll have a fight on their hands if they do this.”

Silva proposed Google’s News Showcase, where the company pays select media outlets to display curated content, as an alternative to the Australian legislation. Since the service isn’t available in Australia, Senator Bragg said it was impossible to assess its value to the local market.

“All we’ve got today is your threats and your blackmail,” he told Silva.

--With assistance from Jason Scott.