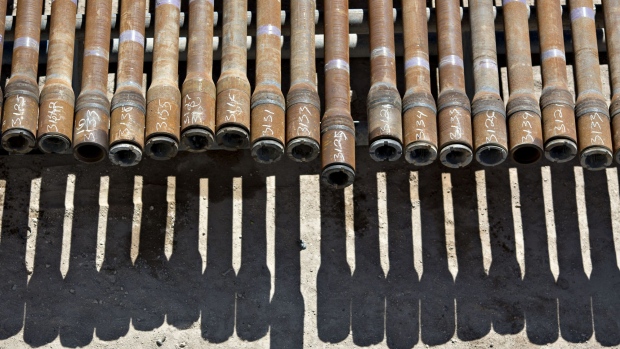 Drill pipe sits on a rack near a Nabors Industries Ltd. rig drilling for Chevron Corp. in the Permian Basin near Midland, Texas, U.S., on Thursday, March 1, 2018. Chevron, the world's third-largest publicly traded oil producer, is spending $3.3 billion this year in the Permian and an additional $1 billion in other shale basins. Its expansion will further bolster U.S. oil output, which already exceeds 10 million barrels a day, surpassing the record set in 1970. Photographer: Daniel Acker/Bloomberg , Bloomberg

(Bloomberg) -- Gulfport Energy Corp. has discussed merging with rival oil and gas explorer Ascent Resources, according to people familiar with the matter, as U.S. energy companies consider pairing up amid rebounding commodity prices.

Gulfport and Ascent have discussed a transaction that would value the combined company at about $8 billion, said one of the people, who asked to not be identified because the matter isn’t public. Ascent management would run the company under one structure they’ve discussed, this person said.

No deal is imminent and the companies could opt to not proceed with a merger, the people added.

Representatives for Gulfport and First Reserve declined to comment, while a representative for Ascent didn’t immediately respond to requests seeking comment.

Oil and gas explorers are increasingly looking to pair up as oil prices surge. PDC Energy Inc. agreed to buy Great Western Petroleum for $1.3 billion in February while Oasis Petroleum Inc. agreed to a $6 billion combination with Whiting Petroleum Corp. this month.

Gulfport and Ascent are both active in the natural-gas rich Utica Shale of Ohio. Gulfport emerged from bankruptcy last year.