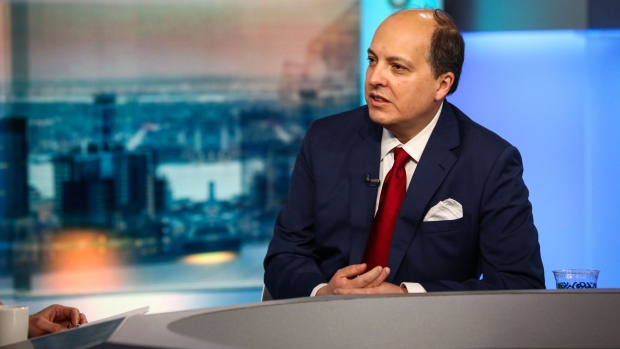 His Haidar Jupiter macro fund rose by 25.7% last month as Russia’s invasion of Ukraine triggered large market swings, people familiar with the information said. The performance lifts gains for the year to almost 61%, leading to an estimated more than $800 million in profits after fees, according to a Bloomberg calculation.

The fund managed $1.8 billion at the end of January.

Haidar, who runs a high-conviction strategy where big gains and losses are frequent, oversees one of the industry’s best performing macro hedge funds. While peers have posted mediocre gains for much of the past decade, he has mostly produced double-digit gains. Last year, his hedge fund surged almost 70% in its best annual return since starting in 1999.

While it isn’t clear which trades led to the gains in February, the fund had about 71% of its assets in fixed income securities and commodities coming into the month, according to another letter seen by Bloomberg. Commodities such as oil and natural gas surged, while the bond yield curve flattened during the early part of February, potentially leading to gains for Haidar.

“With Russia having proceeded with its planned invasion of Ukraine, there has been some initial flight to safe haven assets, such as European government bonds,” Haidar wrote to clients recently. “However, given that the conflict and resulting sanctions are likely to exacerbate commodity price pressures and potentially force central banks to accelerate policy tightening plans, recent strength in bonds may be short-lived.”

Several hedge funds have experienced losses after Russia’s invasion of Ukraine last week sparked market turmoil, with many Russian assets becoming largely not tradable or highly volatile as international sanctions have begun to isolate Russia. Funds such as Guillaume Fonkenell’s Pharo Gaia, James Hanbury’s LF Brook Absolute Return and H2O Multibonds had double-digit declines in part because of their exposure to Russia.

A number of funds with exposures to Russian assets have dropped by more than 30% this year and suspended trading.