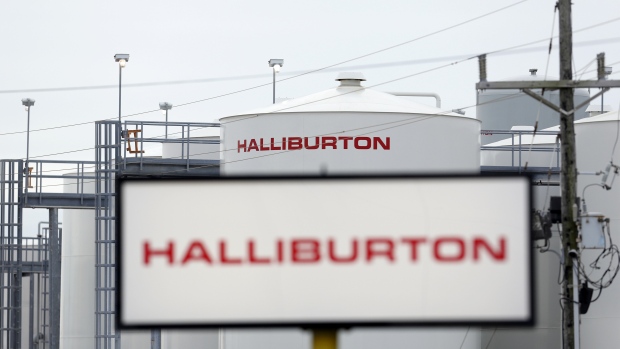 For the oilfield services industry, it’s no longer about merely navigating a downturn. It’s now about survival.

Five years after crude began its plunge to less than US$30 a barrel from more than US$100, the companies that drill and frack wells are living in a new world. The producers they work for have become increasingly efficient and cost-conscious, reacting to shareholder demands for payback and a crude market that’s recovered only part of that brutal decline.

Meanwhile, the service companies that handed out discounts in the downturn are barely holding on. Schlumberger Ltd. (SLB.N) and Halliburton Co. (HAL.N), the two biggest, have each fallen by more than 65 per cent since crude started tumbling, and Weatherford International Plc on Monday filed for bankruptcy. Contrast that with the oil producers, collectively down less than 50 per cent.

It’s a model that “definitely needs to be changed," said Luke Lemoine, an analyst at Capital One in New Orleans, in a phone interview. "It’s just been capital destruction for 20 years."

Oilfield service providers have a long history of riding the ups and downs in the energy market. They ramp up rigs, workers and prices when oil is more expensive, and cut back when the market drops. 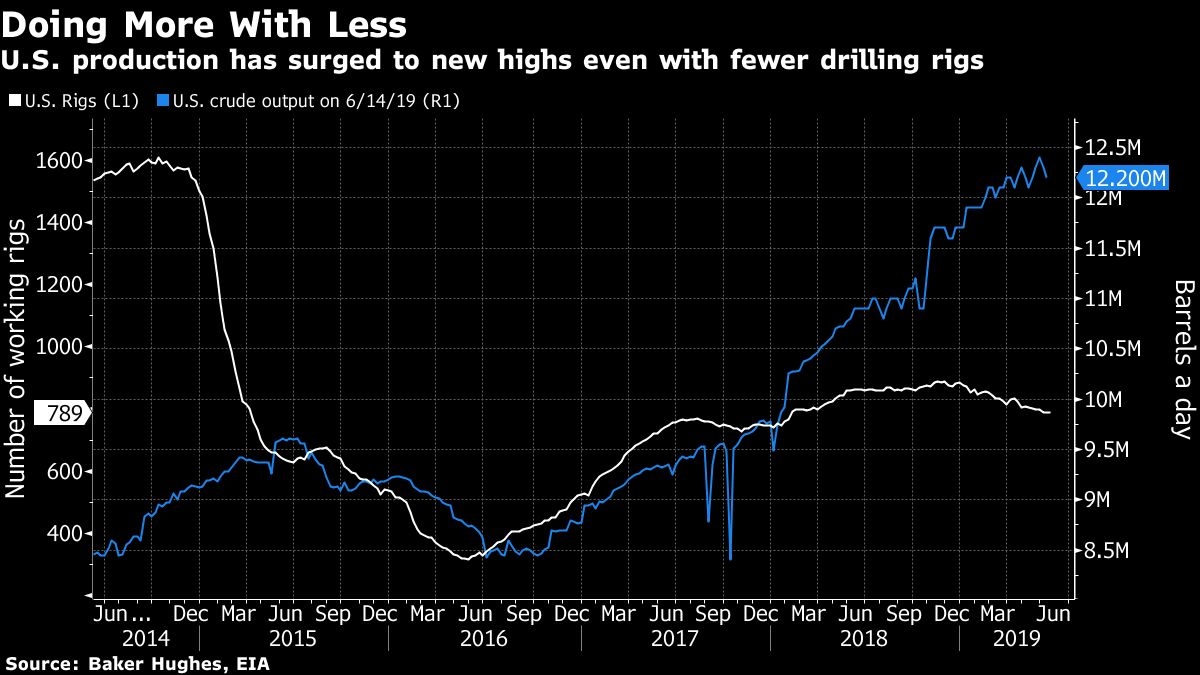 When crude began recovering in March 2016, the servicers started refortifying. But with their customers keeping a lid on spending, the gear began to pile up. In February, Rystad Energy, an industry consultant, estimated that supplies of U.S. fracking gear -- the pumps that blast water, sand and chemicals underground to release crude in what has become the most expensive part of drilling -- will exceed demand by about 68 per cent by year’s end.

At the same time, producers have enjoyed an output boom in recent years, doing more with less by using new methods and technology. Shortened horizontal drilling times and longer laterals that require fewer wells to be drilled are taking a toll on servicers.

"I have an industry that’s built for way more work than we are currently doing, or that we think will be done in the foreseeable future – or at least the next three or four years," said Richard Spears, an industry consultant who’s also worked in and around the oil patch for decades.

The gear glut is taking a toll as service companies are jockeying to defend their share of an increasingly lean market. The prices charged by service companies are at their lowest levels since September 2016, with more companies dropping prices than raising them, according to data from the Federal Reserve Bank of Dallas. The servicer price index hasn’t risen for at least a year, the bank’s quarterly surveys show.

While large companies such as Schlumberger and Halliburton are struggling, smaller companies are facing dire consequences. Weatherford, in filing for bankruptcy, is seeking protection at a time when its debt load has topped $8 billion. National Oilwell Varco Inc., meanwhile, is cutting expenses to the bone.

Over the last decade in particular, oil servicers went from a 13% lead over exploration and production companies when it comes to returns on capital employed, to a 7% deficit to the E&Ps last year, according to slides from Evercore ISI in February, when the bank called on service companies to take its pledge to generate returns for shareholders.

During the same period, the biggest oilfield service and equipment companies have spent $88 billion while earnings have dropped by US$5.8 billion, and net debt has climbed by US$24 billion, according to Evercore.

Companies are reacting to the crunch in different ways.

Schlumberger sold its land-rig unit in the Middle East and its global tool-rental business. Precision Drilling sold its Mexican operations. Keane Group Inc. and C&J Energy Services Inc. agreed to combine in a pact valued at about US$746 million to become the third biggest frack provider.

A Schlumberger spokesman said the company wouldn’t discuss the industry outlook before it released second-quarter earnings this month. A Halliburton spokesman declined to comment, and Weatherford didn’t immediately respond to messages seeking comment.

Some analysts and investors, meanwhile, are seeking more widespread consolidation.

"The oilfield services industry has fundamentally changed," Carin Dehne-Kiley, an analyst at S&P, wrote in a report to investors. "Companies will no longer be able to generate the high operating margins they did in 2014."

Even a single company cutting back on its lesser-performing service lines would help, according to Evercore’s West. "You’re starting to see companies look at their portfolios and pruning in order to drive overall better corporate returns," he said.

Servicers need to focus more on digital technology, switching from diesel-powered frack equipment to electric and generally improving the quality of their gear, said Jud Bailey, an analyst at Wells Fargo. Doing so could lower costs by 25-35 per cent over the next five years, he estimates.

The companies that are winning are the ones “doing one to three things extraordinarily well," Bailey said. "The ones who do 10 things -- and do one or two of them really well and the rest mediocre -- those are the ones who are struggling."

--With assistance from Alex Nussbaum