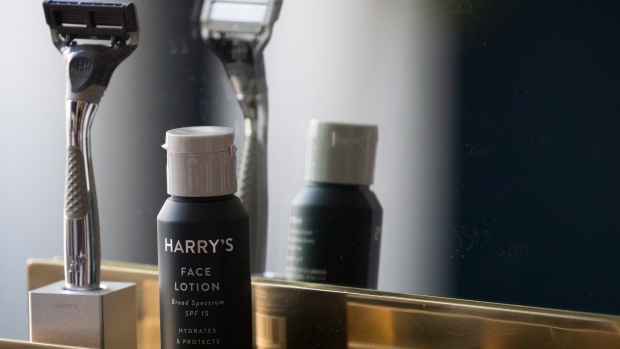 In this June 15, 2018, file photo, the Winston razor and Harry's face lotion are on display at the headquarters of Harry's Inc., in New York. Harry's, the upstart shaving company, is being acquired by the owner of Schick razors for $1.37 billion, which was announced Thursday, May 9, 2019. , (AP Photo/Mary Altaffer, File)

It’s rare that a corporate chief derides one of its key businesses as “boring.” But that’s the case at Edgewell Personal Care Co., whose near 100-year-old shaving brand, Schick, is in need of an overhaul, according to Chief Executive Officer Rod Little.

“The Schick brand today does not stand for anything,” Little said in an interview. “It’s gotten a little boring.”

To turn it around, Little is betting on his purchase of upstart Harry’s Inc. Bloomberg News reported Friday that Jeff Raider and Andy Katz-Mayfield, who co-founded the razor-delivery service, will become co-presidents of Edgewell’s North American business. The plan is to revamp Schick and its other personal care brands, and launch a skincare line next year.

The move puts the Harry’s co-founders in the rare position of having to revamp one of the very brands they disrupted. Edgewell agreed to buy Harry’s in May for $1.37 billion to access the direct-to-consumer model that’s shaking up industries from toothbrushes to socks by introducing new brands online, circumventing traditional retail. The company, which also owns Edge shaving products and Banana Boat, is trying to revive lagging sales after years of grueling competition in an industry dominated by Procter & Gamble Co.’s Gillette.

The company is banking on Harry’s marketing touch to breath life into Schick in a U.S. men’s grooming space that’s become crowded by Unilever’s Dove Men+Care, Beiersdorf’s Nivea range and a slew of premium brands.

Edgewell’s effort could prove “incredibly difficult,” according to Laura Ries, president of marketing consulting firm Ries & Ries. “Schick has been around for almost 100 years; people have already made up their mind. No brand lives forever.”

Katz-Mayfield and Raider, who set up online subscription service Harry’s in 2012, beg to differ.

“We know how to do this well,” Raider said in an interview. “In order to compete, you need great brands, the ability to communicate to the consumer -- and that’s something we’ve built with Harry’s.”

There’s a lot riding on the Harry’s team’s strategy. Revenue and profit in Edgewell’s razor business have fallen each fiscal year since the company was created in a breakup of Energizer Holdings Inc., the battery maker, in 2015. The shaving unit generated about 58% of Edgewell’s sales last year. Shares of the company closed Friday at $29.07, having shed about two-thirds of their value since the separation.

Harry’s was part of a crop of direct-to-consumer brands that emerged in recent years offering lower prices because they cut out middleman retailers. Harry’s founders say they created the company because razors were too expensive and poorly designed. Raider also founded Warby Parker, the eyeglass maker often credited with creating the direct-to-consumer craze.

The company plans to upgrade Harry’s razors using Schick’s blades, but without increasing the price, in an attempt to undercut Gillette, according to Raider. Gillette has about half of the global men’s shaving market, according to Euromonitor International. The U.S. men’s grooming market saw some of its highest sales in 2018, raking in $8.9 billion, after some years of slower growth, the data show. 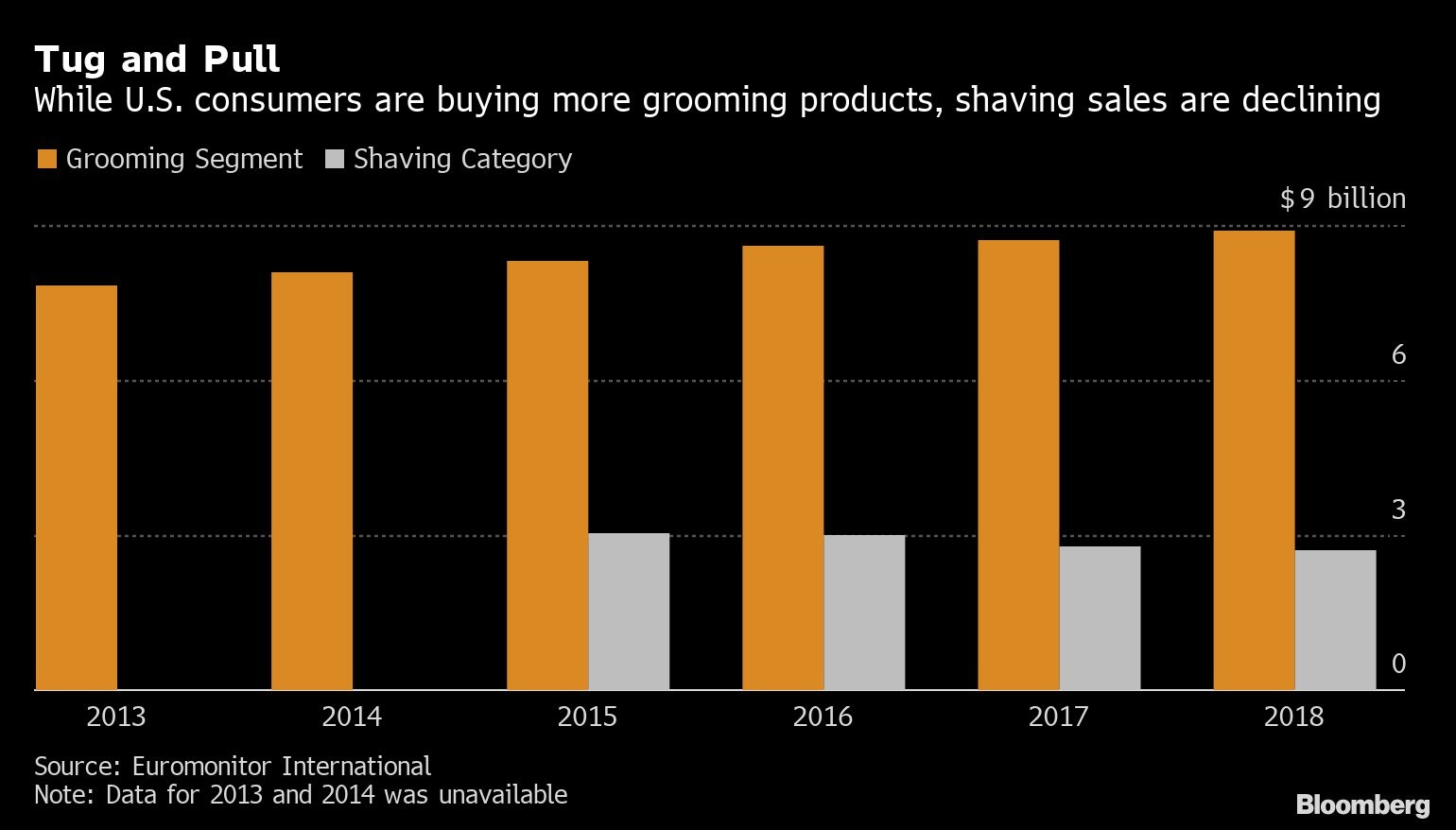 Edgewell’s strategy shift comes at a “high price,” S&P Global Ratings analysts wrote in a September report. Harry’s high-growth days could also be over, unless it succeeds in continuing to take market share from shaving leaders, they wrote. Still, Harry’s marketing expertise should help Edgewell accelerate growth in its sun and skincare lines, according to S&P.

“We need Harry’s to continue to be Harry’s,” Sullivan said on an analyst call last month. “They brought growth back to the category.”