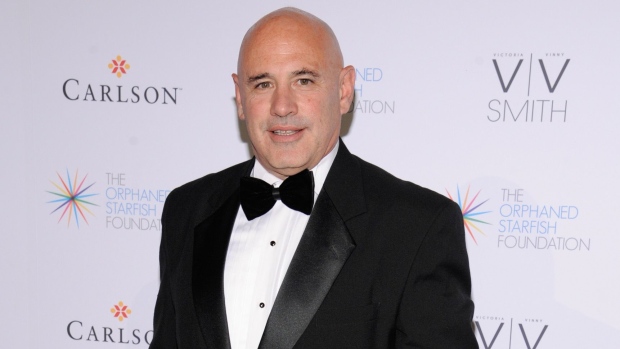 (Bloomberg) -- Add a new name to the rapidly rising number of Bitcoin profiteers.

Longtime hedge fund manager Rob Citrone, best known for his macro-trading prowess over two decades at Discovery Capital Management, sold his Bitcoin earlier this year when it surged to $45,000 from his initial investment at $15,000, he told investors at an event this week. He also said he jumped back in after Bitcoin fell to $30,000 in July, according to an investor who attended the event, who asked not to be named because the discussion was private.

Cryptocurrencies are gradually winning acceptance with macro hedge funds. Brevan Howard Asset Management and Paul Tudor Jones are among those betting on rising prospects for digital markets. Brevan Howard is one of the first mega funds to start raising money for a dedicated digital-assets strategy.

It’s not clear how much money Citrone invested in Bitcoin. Last year, when the cryptocurrency was last as low as $15,000, his hedge fund gained more than 55%, according to an investor document. The fund is up just over 19% this year.

Citrone, who was previously a money manager at Julian Robertson’s Tiger Management, also predicted an impending correction in the U.S. stock market, and said the first quarter of next year is set to be difficult for riskier assets. Emerging markets and smaller companies in the U.S. will correct even more, he said at this week’s event.

Earlier this month, Citrone said that U.S. central bank rates are going to rise and advocated betting on an increase via March 2023 eurodollar futures.