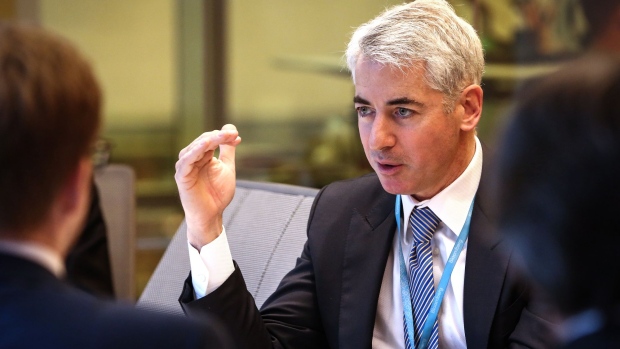 (Bloomberg Opinion) -- One of the things that makes American capital markets so attractive is the amount of information available to even casual investors. On a typical day, hundreds of companies file documents with the Securities and Exchange Commission, which pledges that one of its core goals is to “inform and protect investors.”

Yet late on a summer Friday afternoon, the SEC surprised many observers by seeking to slash the number of companies required to file a form that many market participants and journalists have come to rely on: the 13F. It’s a bad move that highlights a challenge for the agency’s next leader.

Under rules that date back to 1975, hedge funds, pension funds and other institutions that manage more than $100 million must disclose many (but not all) of their holdings. The SEC requires that these forms be filed 45 days after the end of the quarter.

Every three months, business media breathlessly cover the changes in the portfolios of big institutions such as Berkshire Hathaway, Citadel or Pershing Square, as if they offered some magical insight into how to invest like Warren Buffett, Ken Griffin or Bill Ackman. Specialized services mine the 13F data, purporting to offer ordinary investors the “secrets” buried within.

As a longtime reader of SEC filings, I’ve never put much stock in 13Fs, mostly because they provide an incomplete picture at best. Among their many problems is that they exclude short positions, which are designed to gain in value when stocks fall. They also ignore most derivatives, which activist hedge funds increasingly use to gain influence at companies. And then there’s the 45-day reporting delay — an eternity in a market where portfolios can change quickly after the close of the quarter.

What does get reported is notoriously inaccurate. Funds have little incentive to ensure the forms are correct, and the SEC has admitted that it doesn’t really review them for accuracy. Also, the SEC regularly allows investors to hide big positions as they accumulate stock. Last month, for example, Berkshire Hathaway disclosed that it had omitted confidential information from its 13F for the quarter ended Sept. 30. As often happens with important information, the disclosure was in a footnote — something few investors hoping to replicate Warren Buffett’s moves are likely to notice.

The flaws have been obvious and exploited for years. Back in 2013, the National Investor Relations Institute joined forces with several other groups, including the New York Stock Exchange, to call for changes to 13Fs. But the SEC never prioritized a fix. Instead, in a 53-page document with 90-odd footnotes, filed in the middle of a pandemic, the SEC proposed a new rule that would have made things much worse.

Most important, the rule would have raised the reporting threshold to $3.5 billion. By the SEC’s estimate, this would have eliminated around 90% of all 13F filings, reducing the number of firms required to file from 5,100 to about 500. Such significant participants as Starboard Value and David Einhorn’s Greenlight Capital would be allowed to operate completely in the dark. For an agency whose stated goal is to even the playing field and improve transparency in the markets, that’s a strange position to take.

The response was resoundingly negative. While the SEC probably anticipated opposition from individual investors, some of the sharpest criticism came from executives at large publicly traded companies, such as Marriott International, concerned that they would no longer be able to keep track of their shareholders. A study by Goldman Sachs found that the SEC received more than 2,200 letters objecting to the proposal, with only 24 in favor. In a recent Senate hearing, outgoing Chairman Jay Clayton admitted that the proposal had “taught us something,” and that he wouldn’t seek changes to the 13F.

Clayton’s misfire leaves his successor with the challenge of making the 13F more useful, and bringing it into the 21st Century. This will require striking a careful balance. On one hand, investors need a more complete and timely picture, which means reporting all relevant positions — including shorts and derivatives — and reducing the 45-day filing window. On the other, institutional investors rightly argue that their portfolios are intellectual property: If all their positions immediately become public knowledge, they’ll no longer have an incentive to invest time and money in allocating capital.

Fixing the 13F deserves a place on the to-do list of whomever President-Elect Biden appoints to head the SEC. With so many people already using these filings, regulators can’t allow their many flaws to go unchecked.

Michelle Leder is an expert on SEC filings, having launched her site, Footnoted.com, in 2003 after writing the book "Financial Fineprint: Uncovering a Company’s True Value."