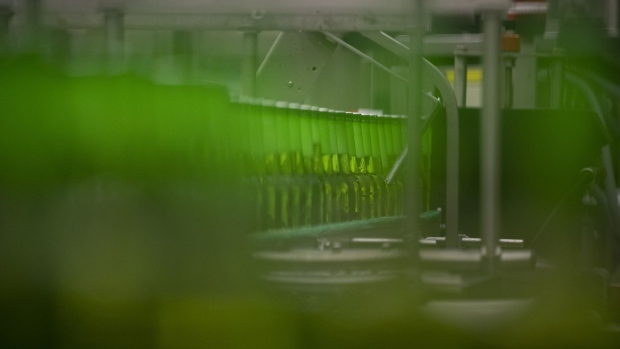 Green Heineken beer bottles move along a conveyor at the Heineken NV brewery in Zoeterwoude, Netherlands, on Wednesday, May 30, 2018. Heineken has acquired Stellenbrau, a beer maker based in South Africa's western Cape, submitted a bid for a local Coca-Cola bottler and built a brewery in Ivory Coast to take on market leader Castel. , Bloomberg

(Bloomberg) -- Heineken NV signaled the longer-term outlook has becomes cloudier as the brewer raises prices to pass higher costs on to consumers, which may weigh on beer consumption.