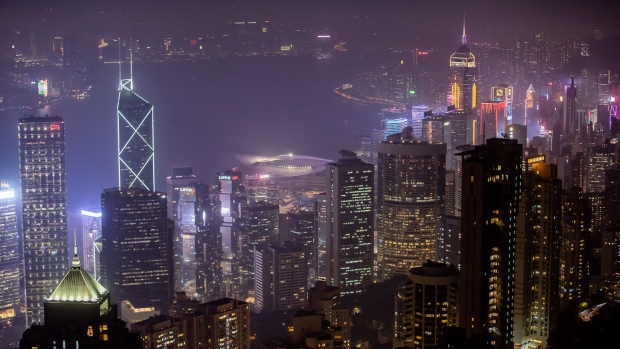 (Bloomberg) -- Hong Kong’s market regulator named new division heads to oversee supervision of corporate finance and enforcement, beefing up its senior management team after suffering a string of departures since last year, according to people familiar with the matter.

Securities and Futures Commission veteran Michael Duignan was promoted to executive director in charge of supervising initial public offerings, mergers and acquisitions and capital raising, according to a statement confirming an earlier report by Bloomberg News. Kit Wilson joins the watchdog from HSBC Holdings Plc to helm the enforcement division that oversees disciplinary actions against market misconduct.

The appointments are for three years and effective Nov. 1. They come as Hong Kong’s longest-serving market regulator Ashley Alder is leaving his post to become chair of the UK’s Financial Conduct Authority in January, marking one of the highest-profile departures from the Asian financial hub. The agency is conducting a search for his successor.

Duignan will rejoin the corporate finance division, where he spent five years before taking up his current senior directorship in the enforcement team. His team was instrumental in driving the landmark penalty of four Wall Street banks over IPO sponsorship deficiencies in 2019.

Wilson is the deputy general counsel of HSBC global banking and markets, according to his LinkedIn profile. His career spanned from the US to Hong Kong, where he served as the associate general counsel at JPMorgan Chase & Co for 10 years.

The SFC lost 12% of staff last year, including 25% of its junior professional staff. Its top management also underwent a shakeup, with corporate finance head Brian Ho retiring August last year after serving for 28 years, and Canadian-native Thomas Atkinson leaving the enforcement executive director role in May.

(Updates with confirmation of appointments in second paragraph.)