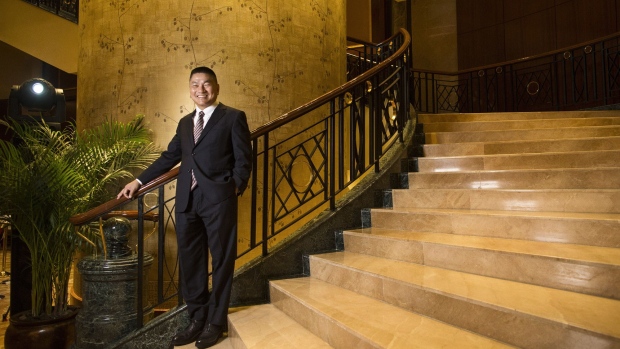 Cheah Cheng Hye, chairman and co-chief investment officer of Value Partners Group Ltd., poses for a photograph at the Bloomberg Markets Most Influential Summit in Hong Kong, China, on Wednesday, Sept. 28, 2016. If China can maintain social stability, it will move up to become the world's No. 1 economy in the next decade, Cheah said. , Bloomberg

(Bloomberg) -- One of Hong Kong’s highest-profile money managers is preparing a major expansion in Singapore, the latest win for the city-state as competition between Asia’s most important financial hubs intensifies.

Cheah Cheng Hye, co-chairman of Value Partners Group Ltd., said his firm plans to hire people and relocate some of its portfolio managers and investment analysts to the island, where it now has fewer than 10 staff. The concentration of family offices in Singapore is the main attraction that he says demonstrates the country can grow beyond its current sales and distribution role for his company.

“We are following the money,” Cheah, whose firm manages $6.8 billion for clients, said in an interview Tuesday on the sidelines of the Forbes Global CEO conference. “This is a promising and fast-growing market.”

Value Partners is among international firms expanding in Singapore as a boom in the wealth industry saw the number of single family offices nearly doubling to about 700 last year. With a new work visa to woo top talent, hiring in Singapore comes as some companies relocate staff away from Hong Kong, which has suffered from a tougher stance on Covid-19.

Hong Kong and Singapore Have Distinctive Merits as Finance Hubs

Singapore, which shifted to a living-with-Covid policy earlier this year, is seeing a job market boom.

“People are competing for a limited pool of talent,” said Cheah, a Malaysian native who has worked in Hong Kong’s financial industry since the 1980s. He said the rising costs in Singapore, from cars to limited space at international schools, won’t deter his plans.

“This is a demand-driven problem,” he said. “Service providers will find ways to meet demand because it’s profitable.”

The company is offering some of the Hong Kong staff to relocate with their families to Singapore as well as hiring new staff, Cheah said. Value Partners is also upgrading its license in the city-state so that it can sell funds to retail individuals, as well as enlarging its office space, he said.

Value Partners has about 200 staff in Hong Kong, where it specializes in funds investing in Chinese equities, fixed income, and ESG products. The firm, which was the first asset manager listed on the Hong Kong Stock Exchange’s main board in 2007, also has offices in Shanghai, Kuala Lumpur and London, according to its website.

(Updates with more comments from Cheah from seventh paragraph.)