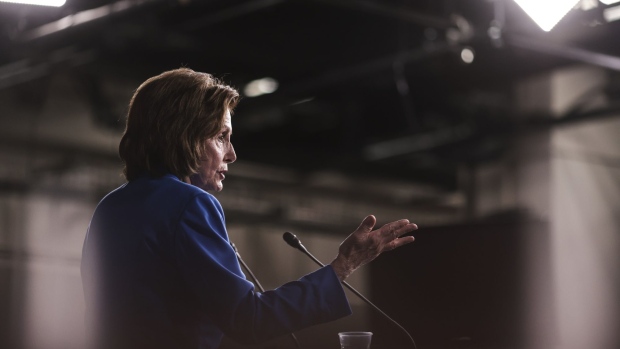 (Bloomberg) -- House Democrats are considering proposing a fresh stopgap spending measure that would keep the federal government funded through mid-to-late January, according to a person familiar with the matter.

The U.S. Congress returns from its week-long Thanksgiving recess facing a several urgent deadlines. First among them is avoiding a federal government shutdown. Current funding is set to expire Friday.

A House move to extend government funding well into January would open up some breathing room for lawmakers to deal with the other pressing issues on their agenda.

While the House will act first on a stopgap bill, the Senate will be the major hub of activity on the stacked December to-do list, given the need for Republican cooperation on the regular funding bills and unanimous Democratic agreement to pass the separate economic agenda bill using a special budget process to avert a GOP filibuster.

Missteps on the funding bills or debt ceiling would have profound consequences for the country and party in power, while failure to agree on a final form of the $2 trillion House-passed Build Back Better bill could cement voter perceptions that Democrats are too preoccupied with infighting to legislate.