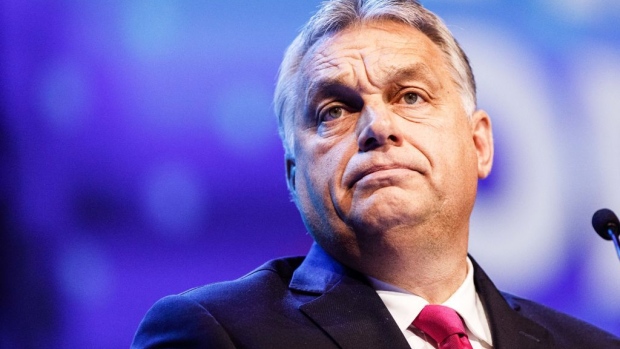 More than 70 journalists at Index quit on Friday, two days after the publisher fired the editor-in-chief, with resigning staff citing “overt pressure” that they said jeopardized editorial independence.

Their departure likely marks the end of Index’s more than 20-year run as the country’s most successful digital publication, which has been one of the few thorns in Orban’s side with its resistance to pressure to toe the government line.

Thousands signaled their plan to attend a rally Friday evening in support of the site that’s been read by about a million Hungarians daily, or more than a 10th of the population.

“This is a huge victory for Orban,” said Agnes Urban, a Budapest-based analyst at the media consultancy Mertek. “Index’s reach in Hungary was stunning and it became all the more influential after so many other independent outlets disappeared.”

Its huge following made Index an eyesore for Orban, who built Europe’s largest propaganda machine -- comprising hundreds of outlets from TV stations and newspapers to radio and news sites -- to streamline messaging as he set out to eradicate liberal democracy and undertake an unprecedented consolidation of power.

Orban’s control of the airwaves was widely seen as being instrumental to his election victories since 2010, to the point where some opposition lawmakers have called for considering boycotting ballots due to the uneven playing field. Freedom House, a democracy watchdog, for the first time this year said Hungary should no longer be considered a democracy.

Over the past decade, businessmen allied with the government gradually gained control over Index, and its sister company Indamedia, which handles its business activity. A former head of the state media conglomerate became Indamedia’s principal owner earlier this year.

Index’s downfall fit into an established playbook on how to bring media to heel. First to fall in line were state television and radio, which were reduced to government mouthpieces.

Privately owned media followed, often through acquisitions by government-friendly businessmen, including the second-biggest news website, Origo and private broadcaster TV2. Nepszabadsag, the most-read newspaper, was shuttered in 2016 by an intermediary before media assets were passed on to an Orban-ally.

The involvement of private businessmen has also made it easier for the government to claim innocence in the reshaping of Hungary’s media landscape.

He rejected accusations about infringements on press freedom, saying there’s no law in Hungary that would hinder the ability of media to be free.

Picking off independent outlets was made easier by their vulnerable finances, damaged by the effects of social media on revenues as well as the fallout from economic crises dating back to the global financial crisis and also the ongoing coronavirus pandemic, according to Mertek’s Urban.

“We’re at the point where Orban didn’t have to order Index to close,” Urban said. “The conditions are such that in this political and economic environment, it didn’t really have a chance to survive.”

(Updates with analyst in fourth paragraph.)