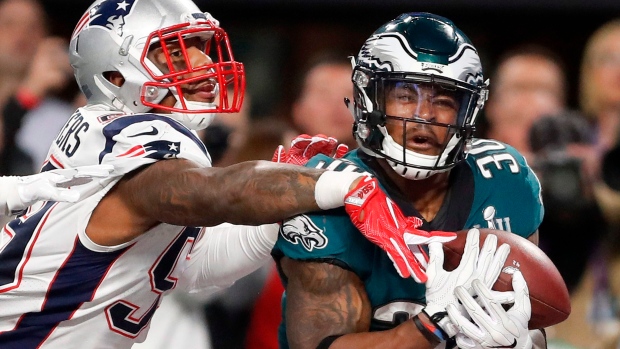 The list of National Football League video games, long dominated by the Madden franchise, is starting to grow.

Publisher Nifty Games announced a deal with the league and its players union on Wednesday to create a new mobile game, NFL Clash. The title will launch later this year, giving gamers the chance to play head-to-head contests in a matter of minutes.

The move comes just a month after Take-Two Interactive Software Inc., maker of the most popular NBA franchise, struck a deal with the NFL for a game of its own. These titles won’t compete directly with Electronic Arts Inc.’s Madden series -- EA’s pact allows for other games so long as they don’t mimic realistic NFL action -- but they will create additional outlets for fans.

The world’s richest sports league is turning to gaming to help expand its reach among younger fans, an elusive group for nearly everyone in media, sports and entertainment. In addition to forging the Nifty and Take-Two deals, the NFL has also collaborated with Epic Games to outfit Fortnite characters with team jerseys.

“Gaming is increasingly important to our overall strategy to develop our next generation of fans,” said Rachel Hoagland, the NFL’s head of gaming and esports. “It’s a focus for the league, and I think you’ll see us do more things there.”

Gaming consumption is up nationwide as Americans remain in various forms of lockdown, and mobile games have the broadest reach of any platform. Verizon Communications Inc. said last week that data usage on gaming has more than doubled since before the outbreak.

Nifty, a San Francisco-based company that focuses on mobile games, also announced Wednesday that it raised $12 million from a group that includes Vulcan Capital, Courtside Ventures and OneTeam Collective, the investment vehicle created by RedBird Capital, the NFLPA and other sports unions. AXiomatic Gaming, led by a group of traditional sports owners such as Ted Leonsis and Peter Guber, was a previous investor that also contributed to this round.

Nifty has a similar deal to create an NBA game that is expected to launch later this year.