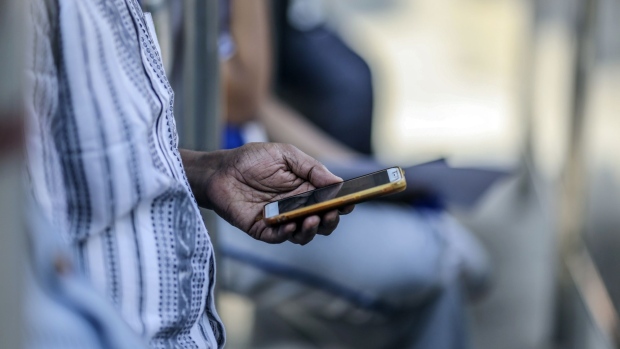 A man uses a smartphone in Mumbai, India, on Saturday, Feb. 15, 2020. Facebook, YouTube, Twitter and TikTok will have to reveal users' identities if Indian government agencies ask them to, according to the country’s controversial new rules for social media companies and messaging apps expected to be published later this month. Photographer: Dhiraj Singh/Bloomberg , Bloomberg

(Bloomberg) -- India’s Mohalla Tech said that it raised $502 million from investors led by Lightspeed Ventures and Tiger Global, increasing its valuation to more than $2.1 billion.

India’s startups have scored a flurry of new fundings this year, with at least five reaching a valuation of $1 billion or more -- unicorn status in the tech industry -- just this week. They include the social commerce firm Meesho Inc., financial-technology provider Cred, Indian investment platform Groww and API Holdings Pvt., one of India’s largest digital pharmacies.

Mohalla Tech reached that mark with the latest fundraising, which also came from Snap Inc. and Twitter Inc.

“We are at an exciting inflection point in our journey, where we are going after a massive opportunity with the right team in place and the backing of long-term investors who have a deep conviction in our mission,” said Ankush Sachdeva, chief executive officer and co-founder of ShareChat, in a statement.