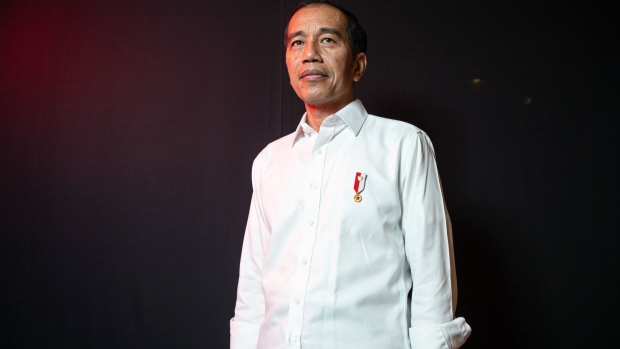 Joko Widodo, Indonesia's president, poses for a photograph after a Bloomberg TV interview in Solo, Central Java, Indonesia, on Wednesday, Oct. 2, 2019. Jokowi, as the president is known, said he'll introduce sweeping changes to labor rules by the end of the year and open up more sectors of the economy to foreign investment, delivering on some of the major reforms investors have been demanding. , Bloomberg

(Bloomberg) -- Indonesia will hold its next general election on Feb. 14, 2024, ending speculation that President Joko Widodo would seek to extend his second term in the world’s largest Muslim democracy.

Parliament agreed with the government and the election committee on the date, Home Minister Tito Karnavian said at parliament late on Monday. Regional elections to vote for provincial governors and regency chiefs will be held on Nov. 27 of the same year.

While the constitution bars presidents from serving more than two terms, Investment Minister Bahlil Lahadalia suggested that many in the business community were hoping for a delay in the 2024 election to minimize political disturbances and help steady economic growth momentum.

“They are just recovering from a health crisis, so the possibility of being hit again by political instability” isn’t a good thing, said Lahadalia during a presentation of a recent election survey by pollster Indikator Politik on Jan. 12.

While no one has publicly said they would run for presidency, recent surveys indicate that Central Java Governor Ganjar Pranowo and Jakarta Governor Anies Baswedan may become frontrunners due to their rising popularity. Current Defense Minister Prabowo Subianto also ran in the past two elections, losing both to the president known as Jokowi.