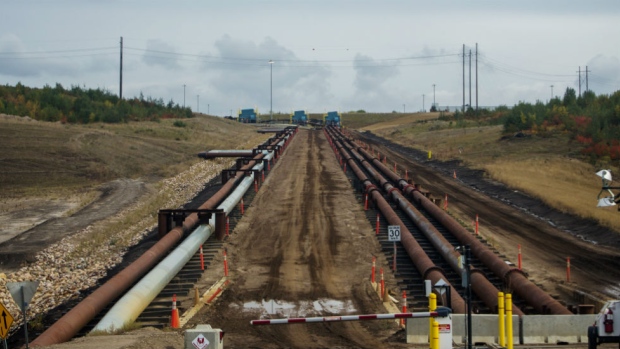 The Calgary-based company says it had net earnings of $100.5 million or 24 cents per share in the last three months of 2019, compared with analyst expectations of $95 million or 22 cents, according to the financial markets data firm Refinitiv.

Revenue for the quarter was $644 million, ahead of forecasts of $625 million.

The company moved an average of 1.32 million barrels of oilsands crude and diluent on its Alberta gathering system, up from 1.22 million in the fourth quarter of 2018, to set a total pipeline throughput record of 1.5 million bpd.

Results from Inter's natural gas processing operations were negatively impacted by lower commodity prices and planned maintenance activities, falling to 135,000 barrels per day in the fourth quarter from 152,000 bpd in the year-earlier period.