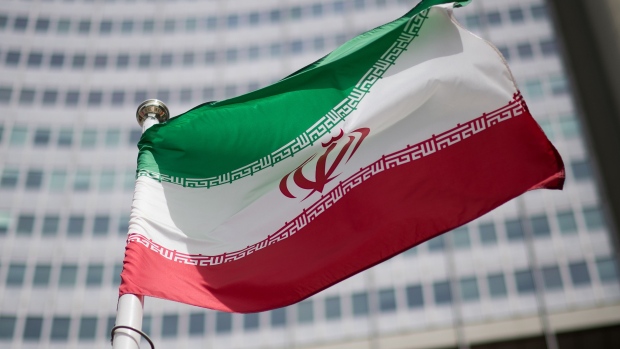 A member of Iran’s Islamic Revolutionary Guard Corps was shot dead outside his home in Tehran, Iran’s state TV reported, citing a statement by the Guard.

Two unidentified assailants on a motorcycle shot Sayyad Khodaei outside his home in the southeast of the capital on Sunday, state-run Islamic Republic News Agency said in a separate report, describing the incident as an assassination.

Photos shared on Twitter by several Iranian state news agencies including Fars news and Press TV showed photos purportedly of Khodaei keeled over and splattered in blood while seated in the driver’s seat of an Iranian-made budget car.

Press TV said Khodaei held the rank of colonel and state TV said he was a member of the “Modafe Haram” brigade, a division of the IRGC that’s been deployed to Syria to support Bashar Al-Assad’s army.

The attack comes as indirect negotiations between Tehran and Washington over how to restore the 2015 nuclear deal remain stalled over a 2019 decision by the US to designate the IRGC a terrorist organization.

A report on the IRGC’s official news portal, Sepah News, said the attackers were “elements connected to global arrogance”, a moniker often used by hardline institutions in the Islamic Republic to refer to the spy agencies of the US and Israel.

In a separate statement, the Guard said it had arrested a “network of bandits” linked to Israel’s intelligence services, without giving any details on their identity or directly linking them to the assassination in Tehran.