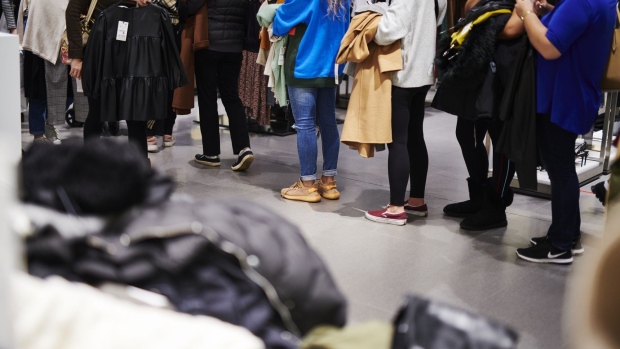 Customers stand in line at a store in a mall on Black Friday. , Bloomberg

The holiday-shopping season, and the extended hours that come with it, are taking a toll on America’s retail workers.

Employees at shopping malls and other outlets in 2018 were more likely to get sick or injured than the prior year, making it the only U.S. industry with a meaningful uptick. The increase means retail-store workers are now worse off than those working in the manufacturing sector. According to the Bureau of Labor Statistics, 3.5 of every 100 retail workers suffered from illness or injury last year, up from 3.3 in 2017 and compared with 3.4 in manufacturing.

The uptick in non-fatal injuries, from sprains and tears to general soreness and overexertion, comes amid forecasts for a record holiday-shopping season. It could also mean higher costs for companies if employees require time off or are successful in an injury claim.

Some of the riskiest stores to work in include those selling home furnishings, used merchandise, and building materials, as well as tire dealers and super centers-- injuries and illness at each of these also increased in 2018 from the prior year. The most precarious are pet supply stores-- where about seven in 100 employees experience non-fatal injuries, according to the data.

The top reported issues by retail workers are sprains and strains, though those declined from 2017, while there were increases in general soreness and pain, contusions, lacerations, and fractures.

Overall, other industries continue to top the list. Those in the farming community have the highest incidence of illness and injury at about five per 100 people, followed by transportation and warehousing, which includes logistics and delivery centers for online retailers.