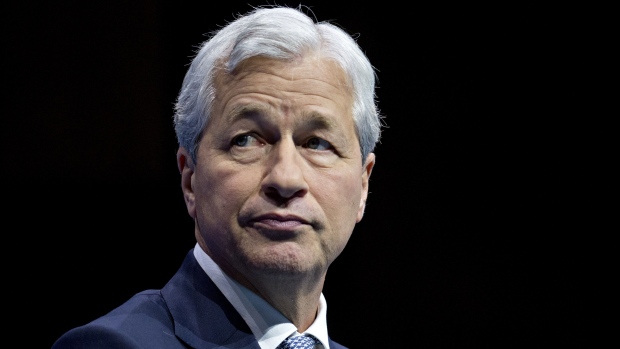 Jamie Dimon says it’s time to get people back to work.

The JPMorgan Chase & Co. chief executive officer, who’s been going into the bank’s offices since June, said he sees economic and social damage from a longer stretch of working-from-home. Governments should be focused on cautiously reopening cities, learning from earlier mistakes made in hasty attempts.

“Going back to work is a good thing,” Dimon said in a virtual panel discussion at the Singapore Summit. It makes sense to “carefully open up and see if we can get the economy growing for the sake of everybody.”

Dimon told analysts at Keefe, Bruyette & Woods that the firm has noted productivity slipping from employees working at home, the analysts said in a Sept. 13 note to clients. That, along with worries that remote work is no substitute for in-person interaction, is part of why the biggest U.S. bank is urging more workers to return to offices over the coming weeks.

Dimon said Tuesday that the bank has seen “alienation” among younger workers, and he worries about “a lot more damage by people staying home” in broader society.

“You can create more deaths from depression, overdose if we’re not real careful and manage those things,” he said.