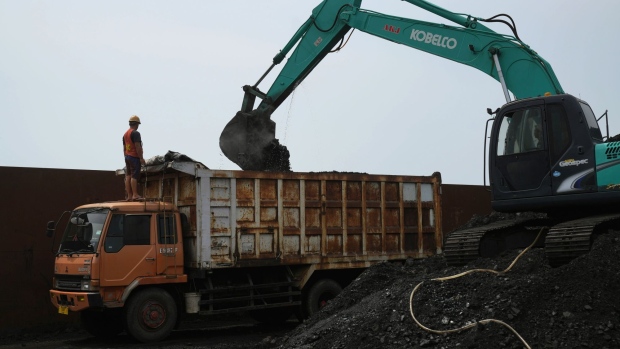 An excavator loads coal onto a dump truck at Cirebon Port in West Java, Indonesia, on Wednesday, May 11, 2022. Trade has been a bright spot for Indonesia, which has served as a key exporter of coal, palm oil and minerals amid a global shortage in commodities after Russia’s invasion of Ukraine. , Bloomberg

(Bloomberg) -- Japan will withdraw financing for key coal-fired power plant projects in Bangladesh and Indonesia under efforts aimed at accelerating a global phase-out of the dirtiest fossil fuel.

Asia’s second-largest economy will stop providing government-backed yen loans to the Matarbari 2 coal expansion project in Bangladesh and the Indramayu plant in Indonesia, the country’s Foreign Ministry said in a statement.

The move comes days ahead of a meeting of Group of Seven nations, which agreed last year to stop international financing of coal projects. Japan initially opposed that move, and while it subsequently tightened conditions for overseas coal projects, it has faced sharp criticism over its support for new developments under certain condition.

Japan accounted for more than half of the $6.6 billion of coal support from G-7 countries in 2019, according to Bloomberg NEF.

Japanese companies are also withdrawing from the coal sector amid scrutiny from activist investors. Sumitomo Corp. and Toshiba Corp. have both indicated they won’t take new orders for coal-fired projects, while commercial banks have also made similar pledges.