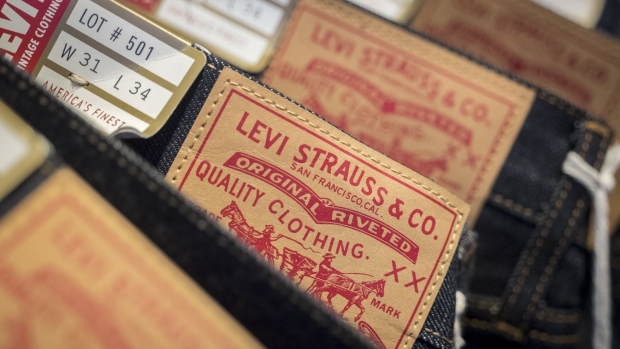 Levi Strauss & Co. labels are seen on jeans for sale inside the company's flagship store in San Francisco. , Bloomberg

Cotton futures raced past US$1 a pound for the first time in nearly a decade as adverse weather and shipping snags threaten supplies, driving up costs for clothing around the world.

Crops in several key-growing countries are seeing problems, from rain-drenched fields in the U.S. to bollworm-infested ones in India. At the same time, cotton buyers need more of the fiber. Mexico and China are buying record amounts. Also causing trouble for supplies are high freight rates and geopolitics, with international backlash about labor violations in Xinjiang, China’s biggest producing region. The U.S. banned imports earlier this year.

All of this is coming together to drive up prices, which means the cost of making clothing will be on the rise. That will squeeze margins for apparel makers like Levi Strauss & Co., and result in inflation for everything from T-shirts to jeans if retailers try to pass on the expense to consumers.

In New York, the contract for December delivery climbed as much as 3.6 per cent to US$1.0155 a pound, the highest since November 2011. The price has surged 28 per cent this year. Gains are being intensified by traders rushing to cover short positions. 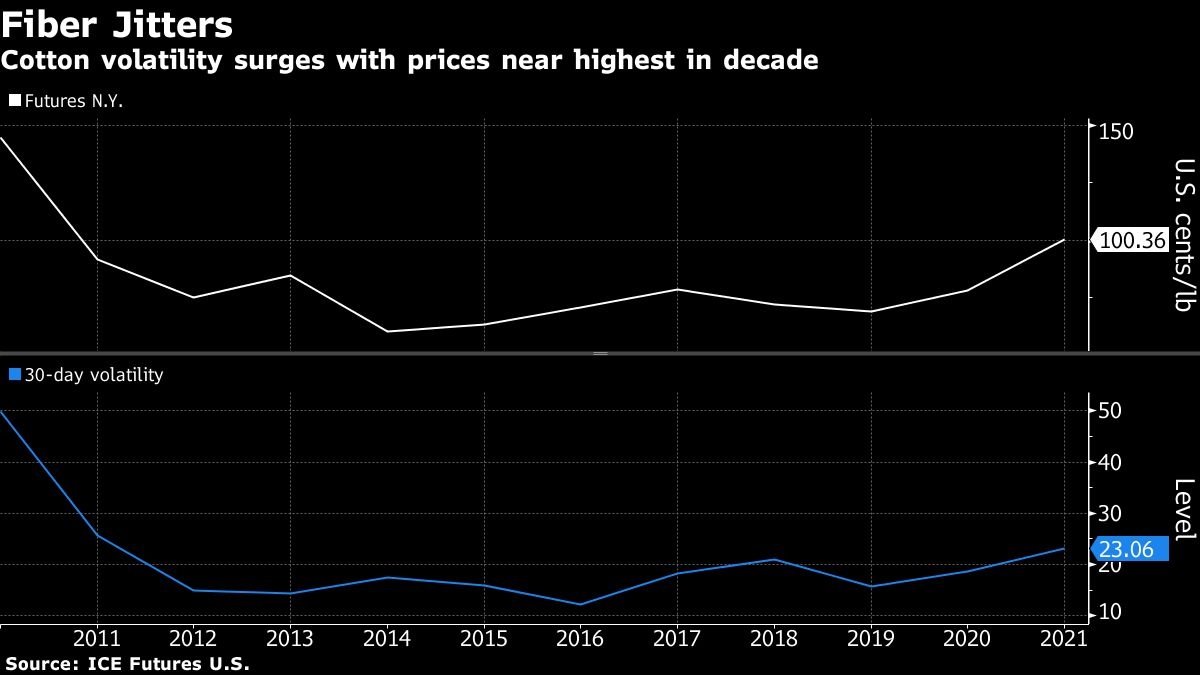 With cotton projected to see a second year of global supply deficits, traders are focusing on an updated figure for the shortfall that is due this week from researcher Cotlook.

While the spike to US$1 is psychologicallly significant, the rally likely won’t surpass the US$2 level reached in 2011, said Louis Rose, a director of research for Rose Commodity Group in Tennessee.

“Ten years prior, China was virtually out of cotton -- not so this time,” said Rose, who previously worked for Cargill Inc.

The fundamentals aren’t in place for a doubling in cotton prices, said John Robinson, an economist at Texas A&M’s AgriLife Extension in College Station. While supply chain disruptions are hurting cotton, U.S. production fears are overhyped, he said.

“Since Friday this run-up has been from speculator buying, and that can turn around as fast as it started,” he said.