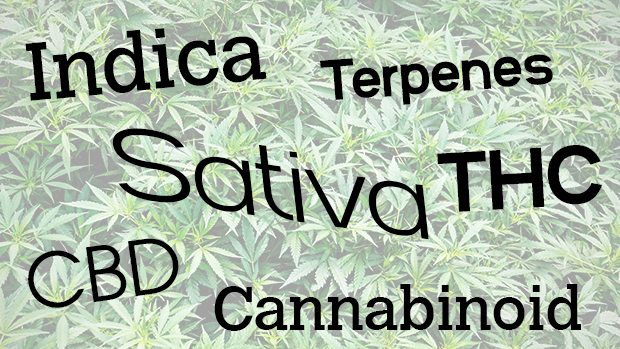 For Canadians walking into the wide world of cannabis for the first time on Oct. 17 when the drug becomes legal, the terminology itself could be overwhelming.

There are terms bandied about concerning the properties and potency of the cannabis they’ll be allowed to buy, which extend into genealogy and production methods that extend well beyond any pot education consumers may have received from the film Pineapple Express or the 1990s Death Row Records catalogue.

BNN Bloomberg spoke to cannabis expert Kerri-Lynn McAllister, chief marketing officer at cannabis education platform Lift & Co. to simplify some key terms to make the neophyte’s transition into life with cannabis a bit easier (and at least help you out at the next dinner party).

Before diving into the terminology, McAllister offered a caveat to how Canadians perceive cannabis.

“The biggest learning that the Canadian population needs to understand is that cannabis isn’t a commodity,” she said. “There are varying effects or qualities of different types of cannabis that vary by the strain and producer.”

“If you want to use a real-world analogy: It’s kind of like wine, in that when you go into the LCBO, you don’t look just for a sauvignon blanc or just a rosé. There are differences by vineyard and by grape type and by cultivation method and all those things and those are the differences also with cannabis.”

Here’s a look at 10 cannabis buzz words, how they’ve been defined by experts and what impact they will have on Canadians from Oct. 17 onward.

“Indica plants are smaller, broader and produce more bud. The majority of indicas will offer the user a very relaxing body high, which can help some people with chronic pain, anxiety, insomnia and more,” the Pot Guide writes.

Sativa is another one of the major marijuana plant classifications, which PotGuide.com says “typically matures at a slower rate than other species, but tends to grow a lot taller as well … often delivering more product as a direct result.”

“Sativas are well known for their energetic and uplifting cerebral effects, often to treat depression and encourage creativity and amiability. Having said this, consuming a sativa can sometimes increase anxiety in users, causing racing thoughts and paranoia.”

Ruderalis is the third major classification, less common than the other two plant strains, according to PotGuide.com. “[Growing] to approximately two feet high, it is known to autoflower with age, versus with a light cycle. Ruderalis is very high in cannabidiol or CBD.”

However, McAllister says that how cannabis plant classifications are described still needs scientific evidence to back it up.

“Indica and sativa – they’re definitely two different types of plants with the physical features and everything, but the reported effects, traditionally, with indica being a more sedating effect and then sativa being a more uplifting effect: that is user-reported information,” she said.

“I don’t think that consumers are going to see ruderalis as an option,” she said. “I do think that in retail environments, they will see indica, sativa and hybrids, probably.”

The Heretohelp.ca cannabis glossary defines cannabinoids as “a group of chemical compounds found in marijuana. It generally includes substances related to tetrahydrocannabinol (THC) and substances that bind to cannabinoid receptors.”

California-based Weedmaps.com defines THC, one of the better known elements of cannabis, as follows: “An intoxicating and psychoactive cannabinoid found in cannabis. THC is the most well-known cannabinoid in the plant and is capable of inducing a variety of sensory and psychological effects, including mild reverie, euphoria, increased sensory awareness, and some therapeutic benefits.”

CBD is defined by Weedmaps.com as “the second-most abundant cannabinoid in the [cannabis] plant.”

“[CBD] has many potential therapeutic benefits, including anti-inflammatory, analgesic, anti-anxiety and seizure-suppressant properties. Cannabidiol can be sourced from both marijuana plants and hemp plants, which are legal in most countries as they contain less than 0.3 per cent THC,” the website says.

“THC and CBD are definitely the two things that are going to be shown on the packaging,” McAllister said. “Similar to the indica vs. sativa thing, some of the psychological effects around both THC and CBD are only reported.”

Bill Blair, Parliamentary Secretary to the Minister of Justice and Attorney General of Canada talks to BNN about the key findings from a public consultation related to marijuana legalization and what will be allowed for packaging, thc content, and the rules for plants grown at home and for micro-growers.

But McAllister adds that customers will not likely use these metrics to inform their decision-making – at least not right away.

“In the packaging, for instance, they just have a THC stamp that’s red and looks like a warning, but there won’t be any explanation as to what that means. The CBD content will be on the label but it’s not going to be as prominent as the one with the THC because THC is the one with psychoactive effects,” she said.

“This is part of the problem, really. In making a purchase decision, the consumer doesn’t have a lot of information in the retail experience because of the packaging.”

B.C.-based cannabis producer Tilray has its own online glossary, and defines concentrates as “a potent consolidation of cannabinoids made by dissolving cannabis in its plant form into a solvent.”

“Referred to by a variety of slang terms, the classification of concentrates is often dependent on the manufacturing method and the consistency of the final product.”

While those with some previous experience with cannabis may be familiar with hashish (or hash), its oil may be a newer concept to the greater public. PotGuide.com defines hash as “the gathering of trichomes [crystalized marijuana plant glands] via a dry sieve or water extraction method.” Hash oil, meanwhile, is defined as “a comparable product that’s created through a solvent-based chemical process.”

There are also a wealth of slang terms that go alongside hash oil, including “butane hash oil,” “dabbing,” “blasting,” “shatter,” and “pull ‘n’ snap,” among others.

A look at the items excluded when becomes legal in Canada

A key segment of Canada’s marijuana industry will remain banned for up to a year after the substance becomes legal for recreational use on Oct. 17. Bloomberg News’ Josh Wingrove reports.

McAllister warns customers not to get too excited about this batch for Oct. 17, since they are more long-range prospects.

“Concentrates and edibles will not be legal on Oct. 17 so you will not see them in-store right away,” she said. But she added that the popularity of these marijuana products come down to convenience and discretion.

“With cannabis flower, there is a little bit of work involved in getting it into a consumable format. With concentrates through a vaporizer pen, for example, that’s something that’s easy to consume,” she said.

“It’s similar to the legal markets in Colorado and California: Concentrates and edibles are growing in market share, probably because of the ease of consumption, as well as the discreetness of those two formats.”

Maximum Yield says a cannabis plant’s genotype is its “complete set of unique characteristics at the genetic level.” While the phenotype is “the outward expression, or physical appearance coupled with its traits, based on its genotype.”

Lift has an online glossary of its own and defines terpenes as “the essential oils of a plant. They give cannabis its vast range of flavours and aromas such as pine, citrus and musk.”

“Terpenes is something that there has been a lot more interest in,” she said. “Recent research that’s come out suggests that terpenes can also be tied to effects in addition to the types of plants being consumed.”

At the end of all this, McAllister believes the masses may have to go it alone when it comes to picking which cannabis products are right for them.

“It’s really hard because it is very technical,” she said. “I do think that crowd-sourced review information will play a big role in helping educate the consumer market in the absence of there not being an understanding of what these technical terms mean and there being limited scientific research.”

However, much like online reviews have helped travellers make informed vacation decisions, McAllister says, the online cannabis community may eventually prove a fertile education resource of its own, based on user experience.

“It’s kind of like going online if you are looking to book a hotel. You go on TripAdvisor, and you read the reviews and that allows you to differentiate between them,” she said.

“But hotels are a known thing, so it becomes that much more important with cannabis to rely on crowd-sourced information and responsibly reported information from the media.”