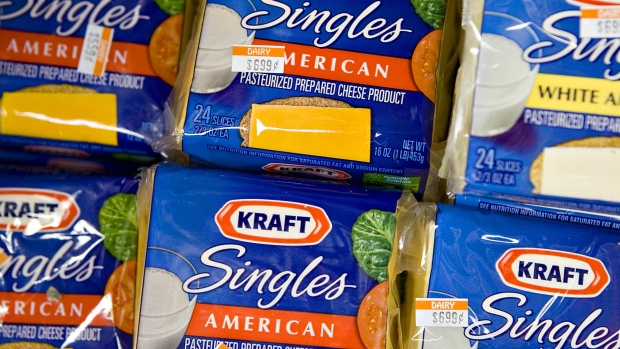 Kraft Heinz Co., which reports fourth-quarter earnings Thursday, has a plan to move on from a disastrous 2019. Chief Executive Officer Miguel Patricio says the path forward depends on streamlining the company’s sprawling product lines while putting renewed emphasis on its proven winners.

“The business is extremely complex,” Patricio told Bloomberg in a recent interview, rattling off the various products the company makes at its eighty factories around the world, from fruit juice and coffee to ketchup and macaroni and cheese. “What we’re trying to do is to see what are really the similarities among these businesses, to see if we can group and give a better purpose for these groups for the future. Simplifying.”

The quarterly numbers themselves are expected to be unimpressive -- analysts project a fourth consecutive period of falling revenue as the company deals with fierce competition and a drop in consumer loyalty to established brands. Efforts to revitalize names like Oscar Mayer hot dogs and develop new, more appealing products may be “an extended journey,” according to Bloomberg Intelligence analyst Jennifer Bartashus. She predicts Kraft Heinz will try to stabilize the business this year to lay a foundation for growth in 2021.

Patricio took the reins last year amid a Securities and Exchange Commission subpoena and a US$15.4 billion writedown, and promptly told investors the company needs a “comprehensive strategy” -- but that plan would be forthcoming. He’s now been in charge for 7 1/2 months, so pressure is rising for more concrete information.

Kraft Heinz shares have fallen 5.9 per cent this year through yesterday’s close, adding to last year’s 25 per cent decline.

For now, Patricio says the company will trim fat where possible and put some muscle back into the brands doing the heavy lifting for the company. He imagines a more agile food manufacturer that saves money on operations, while reinvesting the savings in bestselling flagship brands like Heinz ketchup and Philadelphia cream cheese.

“We need to be much more efficient,” Patricio said during an interview on Jan. 29. “This is not only for us but for our customers as well. The moment we just put more SKUs on the shelf and we don’t take some out, it’s just more complex for everybody,” he said, referring to the identification codes used for inventory management.

Patricio told Bloomberg in an interview on Jan. 8 that Kraft Heinz is “not looking to sell off anything specifically.” He reaffirmed in late January, however, that the company will discontinue products that don’t sell well.

Shareholders will be eager, however, for more details beyond trimming unpopular products -- a process that’s part of regular business for big food companies.

The recipe is unlike the headline-grabbing changes that came after the Kraft Heinz merger was orchestrated in 2015 by Warren Buffett and Brazilian private equity firm 3G Capital. Those ranged from plant closures and layoffs to ending free snacks and insisting on double-sided printing. Patricio said that discontinuing poorly performing products will not result in any layoffs.

The idea behind the deal was to improve profit margins by slashing costs -- and then repeat the process at acquired competitors. But a 2017 bid for Unilever fizzled, and Kraft Heinz was left with a stable of tired brands. The 3G model has come under fire as consumers migrate to foods seen as more natural and less processed.

In comments to the Economic Club of Chicago this week, Mondelez International Inc. CEO Dirk Van de Put referred to 3G’s “obsession” on improving margins via lower costs that had “taken hold of the industry.”

“The combination of this margin obsession with consumers who are becoming less and less interested in traditional brands and products has turned out to be a very dangerous mix,“ Van de Put said. “It has led to big brands all over the world losing market share against smaller insurgent brands.”

Mondelez was spun off from Kraft Foods in 2012, before the merger with Heinz.

In a sign that Kraft Heinz is moving beyond the 3G model of simply cutting costs to achieve profitability, the company hired a specialist away from Campbell Soup Co. earlier this year to rejuvenate tired brands. Carlos Abrams-Rivera, who started at Kraft Heinz this month, was credited with breathing new life into Campbell’s aging Pepperidge Farms business and turning the company’s snack division into a growth engine.

However, there’s no indication he’ll be given a bigger budget, but rather will be tasked with reallocating existing funds to make them go farther. In his last earnings call, Patricio referred to marketing plans that would “redirect dollars disproportionately towards support of our flagship brands” and indicated a similar strategy would be followed for developing new products.

“I don’t think we have to increase the R&D budget,” Patricio told Bloomberg. “But I think we can use it in a much better way.”