The public discourse around the fact that the coffers are bare needs to happen. I’ve been saying here on Berman’s Call and in my presentations for the past decade the “unfunded liability” of the promises is a dire problem that will bankrupt governments. I now have the backing of the Canadian Institute of Actuaries that have obviously run the numbers like I have: WE ARE BROKE! And we had better start talking about it with the public.

Politically, in the U.S., you have the growth of Modern Monetary Theory, which is basically printing money to pay for everything. Sadly, I do not see any other outcome because politically, it is not much of an option. 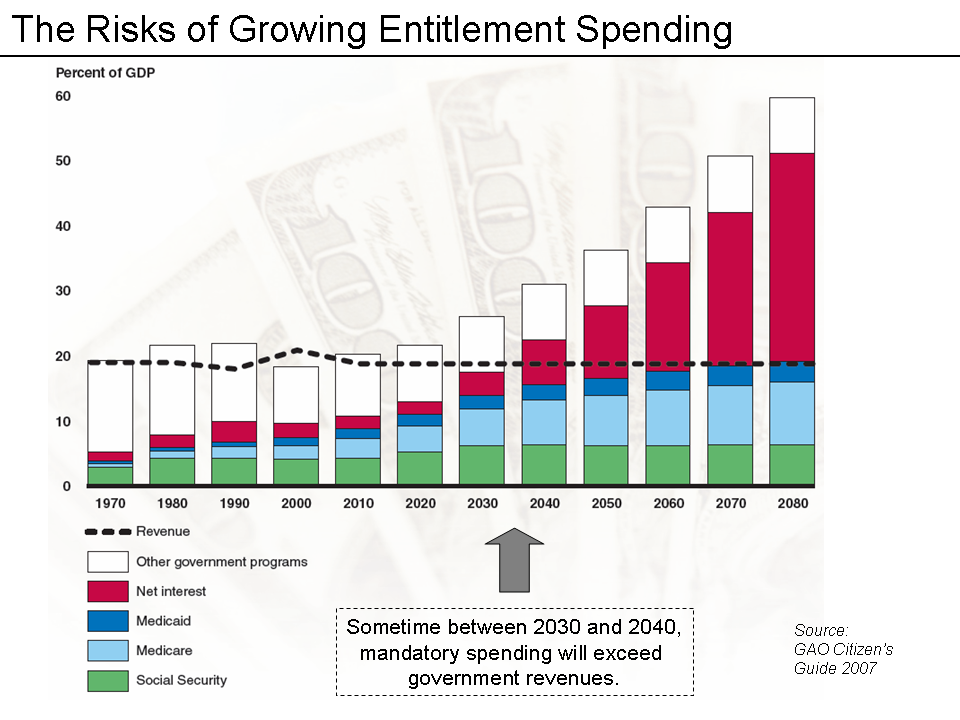 I’m doing a presentation this week at the Albany Club that looks at some of the policy issues related to generating economic growth without bankrupting governments. The presentation is called “Budgets Don’t Balance Themselves.” There are solutions for these economic challenges, it just requires a bold government and open public discourse.

Bill Morneau and the federal Liberal government commissioned a growth study a few years ago. While I’m a fiscal conservative and do not support running deficits in a strong economy, I applauded the commission. The chart is directly from their report. It basically shows that demographics are the biggest challenge. Estimates for growth are lower in the future. It will demand that government shrinks it’s footprint as the tax base falls. Simply, we are getting older and living longer. So why then did the Liberals role Old Age Security benefits back to 65 from the target of 67 the Conservatives had started? It was just a vote grabbing promise that makes no sense. 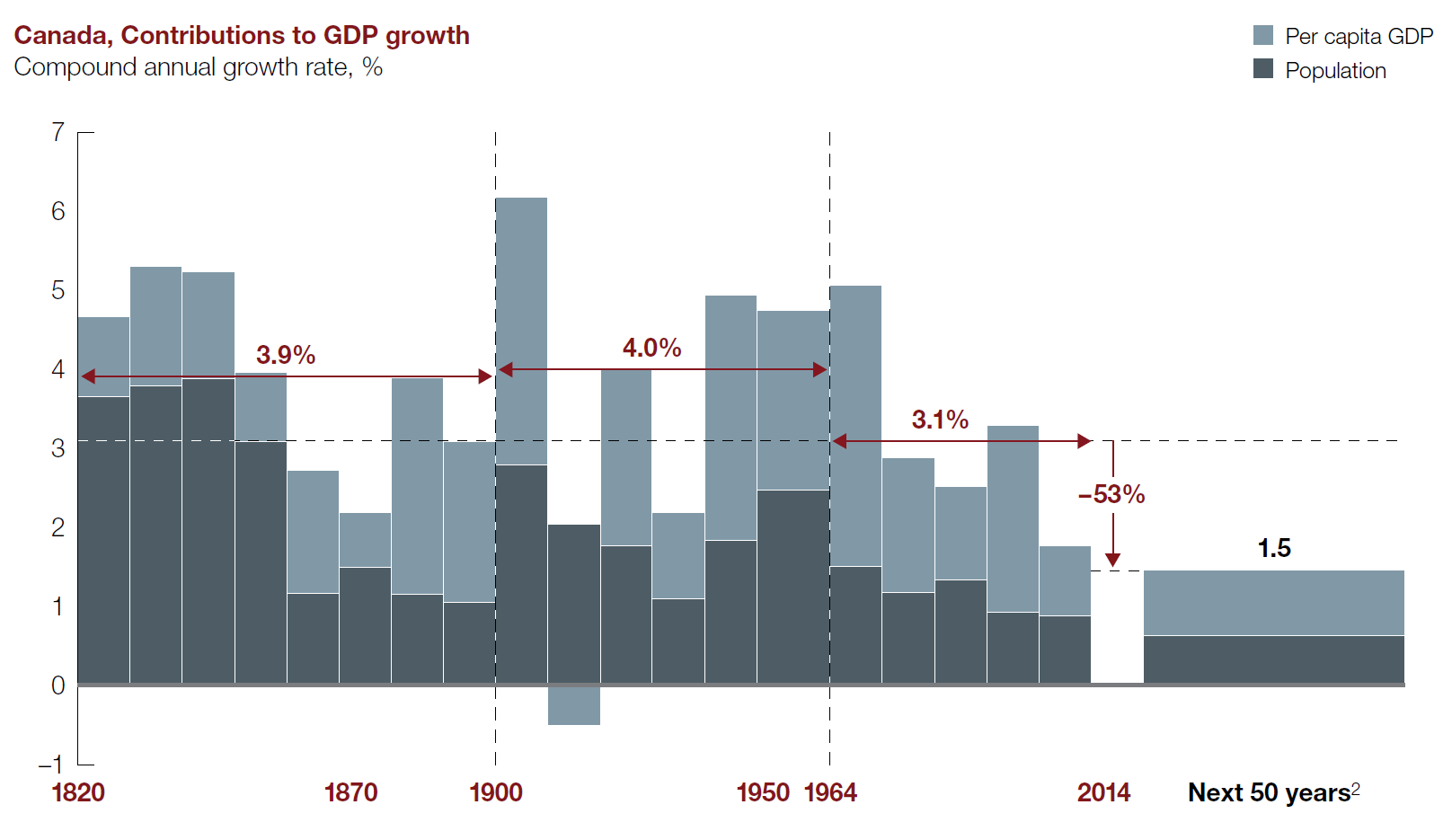 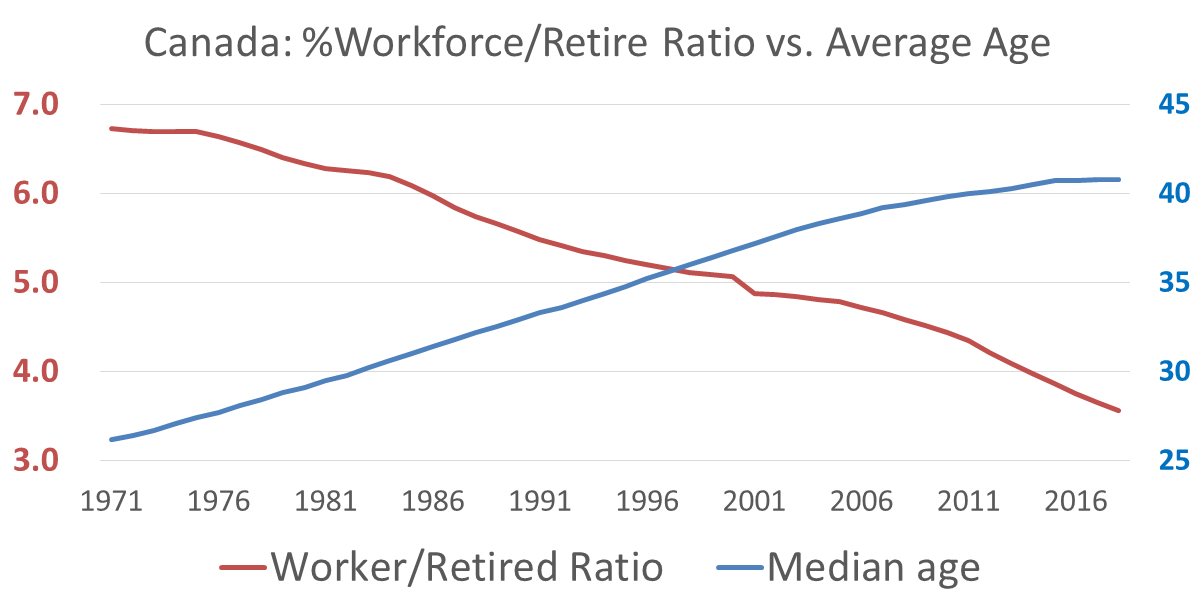 The previous Investor’s Guide to Thriving tour wrapped up on December 1, 2018. Aptly named “How Long Can a Bull Market Run?” we may have received our answer. The market printed the worst December since the Great Depression – bringing most of the major indices officially into bear market (-20 per ccent+) territory. Markets have rebounded in January as they always do after steep declines, but we are likely in the early phases of a bear market where average corrections are closer to 30 per cent and extreme corrections are more than 50 per cent. If this is case, we haven’t seen the last of market volatility and a downward pattern of lower highs and lower lows. Many people are surprised at this phase because it can take some time for the fallout to move from Wall Street to Main Street – showing up as a recession. Job markets are relative robust still and Central Banks are still talking about raising rates. Markets are forward looking and generally anticipate economic downturns, so even as rates continue to rise, employment appears to be strong, and many companies are still posting record earnings – you should be paying attention to the growing cracks in the system.