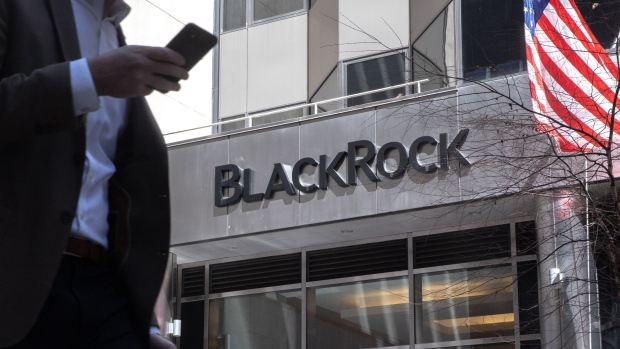 A pedestrian holding a smartphone passes in front of BlackRock Inc. headquarters in New York, U.S, on Tuesday, April 13, 2021. BlackRock Inc. is scheduled to release earnings figures on April 15. , Bloomberg

Wall Street is thriving with its employees working remotely -- and that should worry New York’s policy makers, according to BlackRock Inc. Chief Executive Officer Larry Fink.

While BlackRock plans to remain in the city -- it’s moving its headquarters to a new skyscraper in Hudson Yards -- a fresh tax increase on the wealthy may encourage people to relocate, Fink said Thursday in an interview after the firm reported that assets under management eclipsed US$9 trillion in the first quarter.

“There’s no question there are employees at our firm who are wishing to move to other locations because of taxes,” he said. “Every firm is seeing this.”

Some of New York’s most affluent residents fled to other parts of the state after the start of the pandemic, as well as Florida or Texas, which don’t levy income taxes. Several money-management firms, including Elliott Management Corp. and Citadel, are relocating their headquarters or opening offices elsewhere.

New York is raising taxes on its wealthiest residents as part of a budget deal struck earlier this month by Governor Andrew Cuomo and state lawmakers. The combined top rate for the highest earners in New York City -- who also pay a city income tax -- would range from 13.5 per cent to 14.8 per cent, the highest in the country.

New York’s move is the latest attempt to target the wealthy in the U.S. to fund budget shortfalls or future spending. The nation’s richest people continued to prosper even as the pandemic crippled parts of the economy.

“We are a proud firm in New York,” Fink said. “We’ll find out if we can bring back the old New York, and have the same vitality.”

BlackRock, meanwhile, is on a roll, buoyed by fresh government stimulus and the accelerating deployment of vaccines. Total net inflows reached a record as equity markets continued to march upward, the company said in a statement.

An increase of cash on the sidelines during the pandemic -- either from stimulus checks or changes in behavior -- is fueling an interest in investing, Fink said in an earlier interview with CNBC.

“It’s fantastic that we’re seeing more people either investing for the long term or even trading,” he said.

Net flows into long-term investment products, such as mutual funds and exchange-traded funds, totaled US$133 billion as of March 31. In the same period last year, investors withdrew a net US$18.7 billion as panic selling followed the declaration of a pandemic, ending the longest bull market in history.

But stocks quickly recovered, setting fresh records through last year and into 2021. The S&P 500 rose 5.8 per cent in the first quarter as President Joe Biden pushed through a US$1.9 trillion stimulus package and oversaw the rollout of Covid-19 vaccines, bolstering investor optimism.

Biden is now pressing Congress to enact an even bigger spending plan to address the nation’s crumbling infrastructure, something that Fink has sought for years.

Infrastructure investment is “desperately necessary,” Fink told Bloomberg. “We are excited about that opportunity but we need to know a lot more information related to the real structure around infrastructure financing for America.”