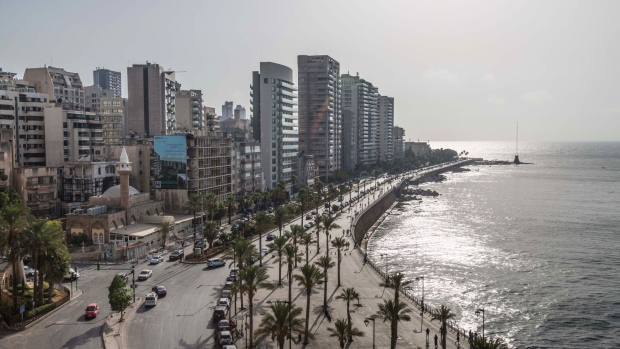 (Bloomberg) -- Lebanon’s government is unlikely to tap international bond markets at current market rates, an official said, days after the indebted country’s finance minister announced plans for a sale of up to $2 billion in November.

The official spoke on condition of anonymity because the information isn’t public. The government has to find 11 trillion Lebanese pounds ($7.3 billion) to repay debt, including $1.65 billion in the coming four months, though some of it could be financed through new local-currency bonds, according to Finance Minister Ali Hasan Khalil.

With one of the world’s biggest debt burdens, the government has pledged measures to reduce its deficit and implement reforms, including fixing the ailing electricity sector. The measures should help unlock billions of dollars in loans and grants to finance infrastructure projects and boost growth.

The yield on Lebanon’s Eurobonds due 2028 rose 28 basis points Wednesday to 13.6%, according to prices compiled by Bloomberg. The government’s securities are the worst performers after Argentina’s in emerging markets this year, losing 7.2% on a total-return basis, according to Bloomberg Barclays indexes.

To contact the reporter on this story: Dana Khraiche in Beirut at dkhraiche@bloomberg.net