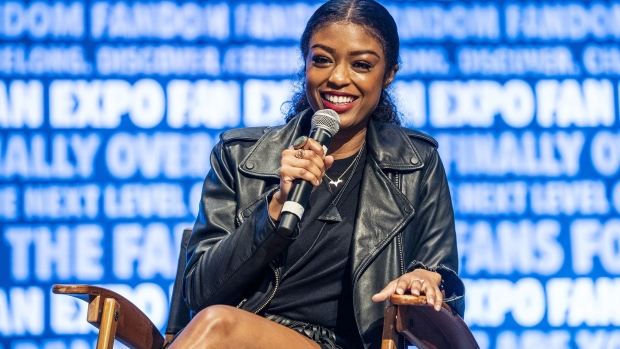 (Bloomberg) -- Representation of LGBTQ characters on television has hit a record high, according to a new report from GLAAD, an advocacy group.

Of the 775 main characters on broadcast scripted primetime TV shows in the 2021-2022 season, 12% are LGBTQ, according to the report released Thursday. That’s up from 9% last year and at the highest level since the group began tracking figures in 1996. For the first time, lesbians make up most of the LGBTQ characters on broadcast TV at 40%, up from 34% the year before, the report said.

On primetime scripted cable series, there were 87 regular LGBTQ characters and 51 recurring ones. That’s up from 81 and 37, respectively, last year. This season, there were also 42 regular and recurring transgender characters across broadcast, cable and streaming, up from 29 last year.

“The growing state of LGBTQ representation on television is a signal that Hollywood is truly starting to recognize the power of telling LGBTQ stories that audiences around the world connect with,” Sarah Kate Ellis, the chief executive officer of GLAAD, said in a statement. “At a time when anti-LGBTQ legislation and violence continues to increase, it is cultural institutions like television that take on the crucial role of changing hearts and minds through diverse and inclusive storytelling.”

The increase in representation onscreen comes as attempts to clamp down on discussions of gender identity and sexuality in schools pick up steam, and libraries face growing efforts to censor books on similar topics. More than 100 “educational gag order” bills have been introduced in the first six weeks of 2022.

Not all types of representation on the small screen have increased. Of the 138 LGBTQ characters on cable TV, 45% are people of color this season, down from 52% last season. The number depicted who were living with HIV fell to two, on Netflix’s “Dear White People” and NBC’s “Ordinary Joe,” from three the season before.

Out of the 775 regulars on broadcast scripted series, just 2.8% have a disability, down from 3.5% the year before. These include characters on NBC’s “New Amsterdam” and “This is Us.”

GLAAD also highlighted that, though representation has grown, many shows often only include one LGBTQ character — with only a handful like “Grey’s Anatomy” or “Batwoman” featuring multiple LGBTQ characters in their storylines. According to GLAAD, which advocates for positive portrayals of LGBTQ people in media, the networks Showtime, Freeform and FX account for nearly half the representation on cable.

Though it’s “exciting to see quick progress” made with a record high number of LGBTQ characters on broadcast TV, “we continue to see that LGBTQ inclusion is often found in clusters from a concentrated number of creatives and networks who have prioritized telling our stories,” said Megan Townsend, GLAAD’s director of entertainment research and analysis, said in a statement.