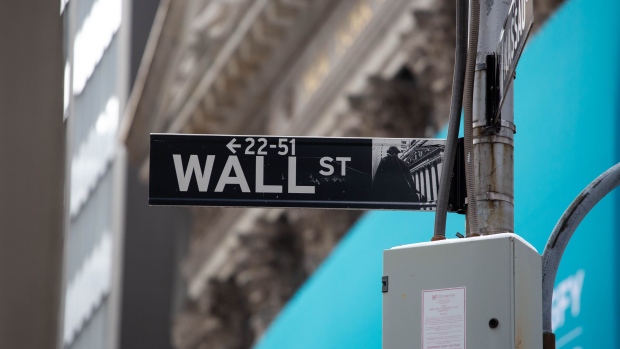 A Wall Street street sign is displayed in front of the New York Stock Exchange (NYSE) in New York, U.S., on Thursday, Feb. 11, 2021. Signify Health Inc. opened trading at $32 after its $564 million IPO priced at $24 per share, above its $20 to $21 offering range. Photographer: Michael Nagle/Bloomberg , Bloomberg

(Bloomberg) -- LifeStance Health Group Inc., a mental health care provider with more than 370 locations in the U.S., rose 22% in its trading debut after raising $720 million in its initial public offering.

Shares of TPG-backed LifeStance, which sold for $18 in the IP0, closed Thursday at $21.90, giving the company a market value of almost $8.2 billion.

1stdibs.com Inc., an ecommerce company specializing in high-end furniture and fashion, had the biggest first-day gain of the three. After raising $115 million in its IPO, its shares rose more than 42%.

“It’s still very early days in the migration of the luxury market from offline to online,” 1stdibs.com Chief Executive Officer David Rosenblatt said in an interview. “The long-term vision is to continue to grow as the preeminent marketplace for luxury design.”