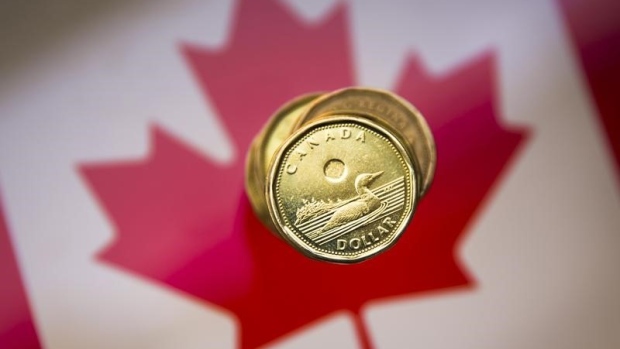 The Canadian dollar posted a 2-year high against its U.S. counterpart on Friday and domestic bond yields rose, as investors headed into the long weekend bracing for a possible interest rate hike next week from the Bank of Canada.

Markets had expected the Bank of Canada to wait until October before raising rates again, after hiking in July for the first time in nearly seven years. But expectations for a hike at the Sept. 6 interest rate announcement have ramped up after data on Thursday showed Canada's economy expanded in the second quarter at its fastest pace in nearly six years.

The overnight index swaps market indicates that chances of a hike next week have reached nearly 50 per cent, up from around 20 per cent before Thursday's GDP report.

"The likelihood of a Bank of Canada hike is really what is driving markets," said Karl Schamotta, director global markets strategy at Cambridge Global Payments.

The Bank of Canada is likely to leave interest rates unchanged at its Sept. 6 meeting and wait until October to raise them, a Reuters poll released on Friday showed.

Speculators have increased bullish bets on the loonie, data from the U.S. Commodity Futures Trading Commission and Reuters calculations showed.

The currency touched its strongest since June 2015 at $1.2340. It has rallied nearly 2 per cent since Wednesday and ended the week up 0.8 per cent.

"People are not feeling comfortable holding Canadian bonds into the long weekend," with the Bank of Canada rate announcement following shortly after on Wednesday, said Andrew Kelvin, senior rates strategist at TD Securities.

Canadian markets will be closed on Monday for Labour Day.

The pace of growth in the Canadian manufacturing sector dipped in August.

Still, the gap between Canada's 2-year yield and its U.S. equivalent narrowed by 4.9 basis points to stop just short of parity.